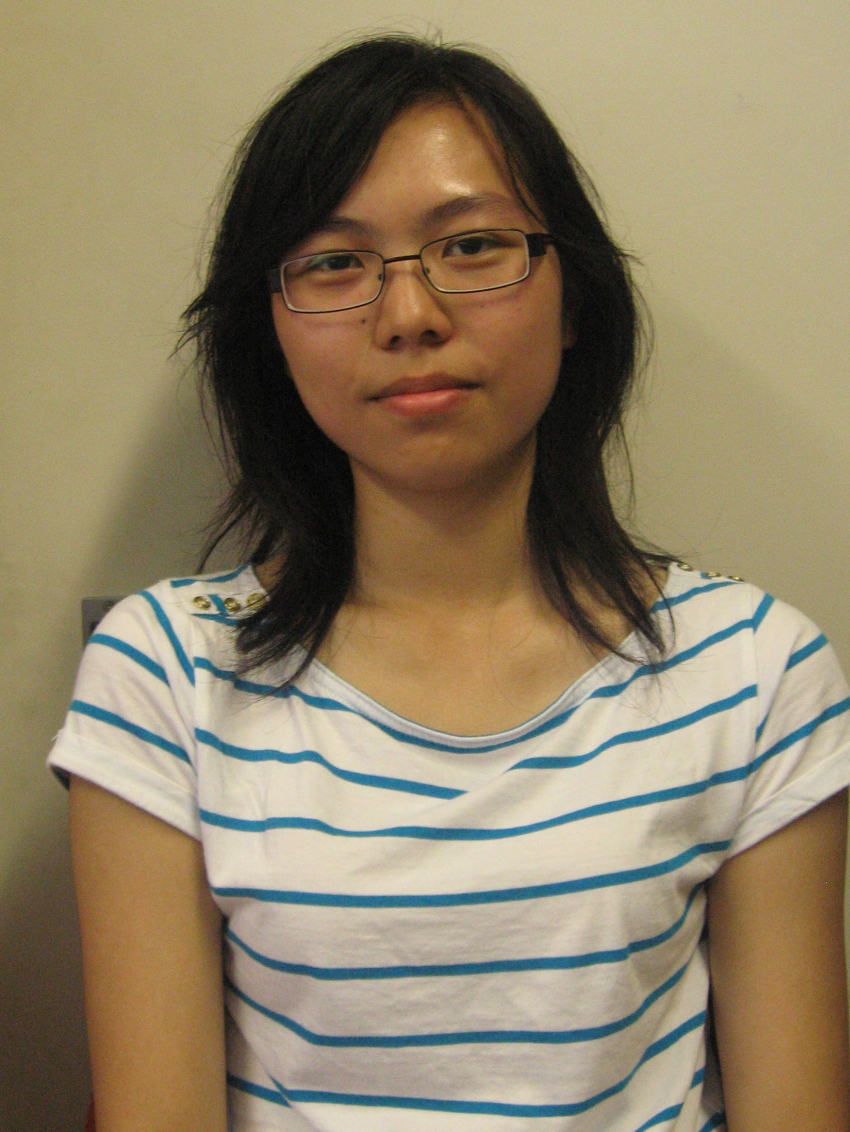 We sat down with 21-year-old Dorothy Cheung to talk about her experiences studying Advanced Mathematics at UNSW, her Girls Do The Maths Scholarship, and her advice for girls who are interested in mathematics. Dorothy attended the School's Girls Do The Maths workshop in 2010, as a year 12 student from Georges River College - Oatley Senior Campus.

What did you think of the Girls Do The Maths (GDTM) workshop?

How did you feel when you received the GDTM scholarship?

Of course, I was really happy because you receive money, but mainly because I was recognised by the university for my achievement. I’m pretty competitive with other people, so it was good to get the scholarship as some recognition for my hard work in studying maths.

What came first: an interest in maths, or a realisation that you were good at it? Or did these things evolve together?

What motivated you to pursue studies in mathematics?

Mostly because I am good at maths, I’m interested in maths. At the Girls Do The Maths workshop they showed us a lot of different career paths which lead from doing maths. I looked at the variety of the career paths and thought that doing maths could give me more flexibility and diversity.

So do you believe that university mathematics can lead to interesting career paths?

Are you enjoying your studies? What has been a highlight so far?

Yes I am. I think the highlight is working together for the maths assignments. It’s kind of different from high school maths where you just get a problem and the teacher asks you to solve it. But now when you get an assignment, you often work in groups and think about different ways of solving a problem. And it’s good for communicating with other classmates. Also the problems are now more challenging, so you get more satisfaction after you finish it.

Is there a particular aspect of maths that fascinates or motivates you?

I guess it’s the fact that maths can be applied everywhere if you look for it. The theory that we are learning now – you can see different applications in different areas. I’m just starting to see that in my third year, so it is really interesting. In high school you don’t really see it that much, and most of the students think, “when are we going to use this in life?”. Then at uni you get to see the applications, because you get to see what’s working behind it all.

Do you think that maths is often viewed as more of a “male” discipline?

Yeah, I guess [laughs]. When I told my mum that I was doing maths she was concerned it’s more of a male discipline, and she thought that I wasn’t going to do very well as supposedly girls don’t have logical and mathematical abilities!

Is it odd for girls to study maths when it is regarded this way?!

It was a bit strange at first, but I want to do what I want to do, so it’s all right. I have lots of friends who are also guys – so it’s fine, I think!

Have you ever encountered negative or strange reactions from friends or family, upon them discovering your intention to study mathematics?

Not really, because I had always been good at maths in high school. And then at university, you kind of do what you’re good at. My mum was a bit concerned but she wasn’t really against it.

The number of girls studying HSC maths has been declining. What do you think might help make girls more interested in maths?

It’s kind of like a cycle – I guess more girls doing maths would get more girls interested, because then they would have a maths buddy or something. The main thing is it should be advertised that maths is not just for boys, it’s for girls as well. And also telling them about the interesting applications to try and convince them into studying maths.

What would you say to other girls who are very good at and enjoy maths, but who may be hesitant to pursue tertiary studies in maths?

What are your intentions for the future? Do you have a plan?

I will see how I go, but I have got a basic plan. Since I’m studying commerce, I’m majoring in Actuarial Studies. So I am probably going to apply at investment banks or consulting firms to get an Actuary job – so we’ll see how I go at that.