23-year-old BSc (Mathematics)/BEngineering student Varun Nayyar opens up about his transition from medicine to his current degree, his recent student exchange in California, his Faculty Research Scholarship, and his master plan for the future.

You came to your current degree via medicine. What prompted you to change paths?

Well, to be honest, I wasn’t all that set on medicine. I was always keen on doing mathematics and/or engineering at uni, having always enjoyed and excelled in these areas. However, there was a lot of peer pressure to “spend UAI [ATAR] points”, and having performed quite well in the HSC and the Undergraduate Medical Admissions Test ensured I breezed into an incredibly competitive degree, and due to my consternation with future careers in mathematics/engineering, I thought it’d be a safe bet to go into medicine.

However, I honestly hated the course. To be fair, there were some parts I absolutely loved, and I definitely developed fantastic communication and writing skills. But overall the course was singularly unsuited to my temperament, as there was a focus on memorization of large tracts of material as opposed to learning and understanding basic concepts you keep building on - like say in mathematics - which is how I prefer to learn. Despite this, I stuck around for a year, still tempted by the security offered. But nearly failing first year did make me reassess things, and I realised I would be at best an average doctor, but I would be a damn fine mathematician/engineer.

Still, cutting ties to medicine was hard. Despite that, near the beginning of second year, I enrolled into a maths/engineering degree, meaning I was enrolled in two degrees simultaneously, trying to keep my options open. But one week was all I needed to know I made the right choice and I haven’t looked back since. To paraphrase Confucius, if you do what you love, you never work a day in your life. And if you’re good at what you do, you’ll always be able be find someone to pay you for it.

What fascinates you most about mathematics? What keeps you interested? 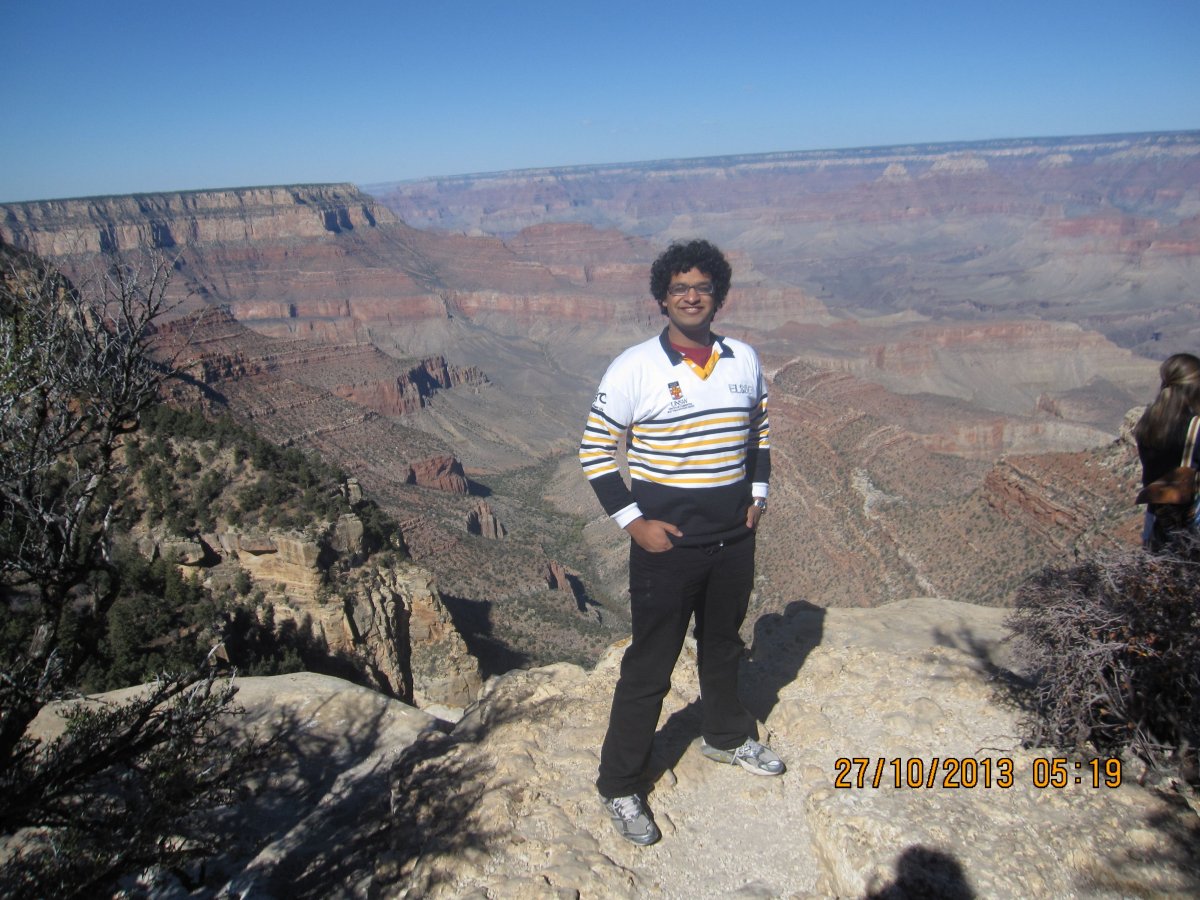 I see mathematics in many ways, and I suppose its multifaceted nature is what I find so fascinating. I see it as the queen of sciences in that everything is derived from it, a la http://xkcd.com/435/. It is the language by which we understand the universe, and its truths are so universal they cross language and cultural barriers. It is the purest pursuit, in that we are discerning the truth by taking only existing truths and building on them. It is contradictory and finite, and ironically, proved so via Godel’s incompleteness theorem but still allows for so much understanding. And finally, it is so applicable to problems of the world, number theory in cryptography, graph theory in modern Internet applications etc., despite what Hardy’s apology would have you believe.

What keeps me interested has been the power and scope of mathematics and its applicability to real life. I always love hearing about how maths can be applied in the real world, and being a statistics major, I get to see this a lot, especially with the rise of the Internet age. The field is constantly evolving yet staying true to its original principles, meaning that your knowledge is never useless, yet you constantly have new things to learn and do.

What has been the most exciting aspect of your time at university to date?

I’ve had my fair share of exciting experiences at uni. But undoubtedly my most exciting time was my exchange trip – I got to spend a semester barely doing any study, travelling all around the country, even got a scholarship from UNSW to do so. I was able to make friends from many different countries and cultures and got a chance to show them what happens in a different part of the world. It was an absolute blast and despite the fact I was quite unsure to go, I’m certainly glad I made the effort to go.

You were at the University of California, San Diego during Semester 2 last year on student exchange, taking equivalent mathematics and engineering subjects. Did you enjoy the courses there?

Well, to be truthful, exchange is not really about the coursework, not to mention I was only there for a semester, so I feel a bit underqualified to give my opinion. I was able to do coursework that UNSW doesn’t provide, and the range of topics available was fascinating. I did coursework on Information Theory, Algebraic Coding, Detection Theory and Time Series Analysis, most of which are not offered at UNSW. However, doing senior courses with no friends from before was not fun, making catching up from class difficult and removing any chance of a buddy to study with. On one hand, going in a junior year means that the coursework is easier to keep up with and larger enrolments mean more people to work with, the coursework will be standard fare, so you never really get to do coursework outside the UNSW area of expertise. Overall I enjoyed the coursework, but not the fact I had no buddies in it with me.

Was it very different to UNSW?

In many ways, UNSW and UCSD are very similar. Both are close to a beach, with superb weather most of the year, their libraries are their most iconic buildings, and they both have strong medicine and engineering faculties. UCSD even has eucalyptus trees on campus. In addition, California and Australia felt very similar, both being desert countries with large immigrant populations and being fairly liberal.

The university life is very different to UNSW. Since nearly all students stay on campus and travelling outside the campus is difficult, it’s entirely self-contained. As a result, UCSD always has something happening at all times, as opposed to UNSW, which seems to shut down by 5pm. But this is also likely because a UNSW student can hop on a bus and get to the city in 15 minutes, something impossible at UCSD.

The courses were structured very differently too, with a lot of assignments handed out almost weekly and a small exam at the end (30% on the final). UNSW has fewer assignments but large exams at the end. Also, the exam period only lasts for a week, as opposed to almost a month here, which was a nice change of pace.

Overall, while UNSW and UCSD had some pretty fundamental differences, it didn’t feel as different as I imagined. University life is fairly standard across the world – plenty of drinking, partying, traveling, sleeping in - and that stayed very constant. However, US and Australia have fairly different cultures and that is where most of the difference lay.

What did you miss about Australia? How was the US different?

Getting around was incredibly difficult due to the non-existence of public transport. I’d always wondered why movies show American teens as desperate to have cars for their birthdays, but they’re not optional. I would often run out of sidewalk trying to walk anywhere and I rarely saw people walking outside. I really missed the ability to get anywhere without public transport, and I even missed CityRail (now Sydney Trains). You’re stuck on campus for the most part and it definitely made me feel less independent and spontaneous when it came to planning trips.

I made many lasting friendships over the course of a semester, which I did not expect. Americans have done multiculturalism incredibly well too - while getting into the country is the difficult part, once you've made it into the country, there is much more acceptance. All immigrants really consider themselves American, and there were far more mixed friendship groups than I've seen in Australia. A few naturalized Americans were completely over the moon about it and most walked around draped in US flags for a few days.

In those rare times that you weren’t studying (!), what things did you do for fun over there?

Yes, those rare, ahem, times I wasn’t studying there was plenty to do. Staying on International House meant there was a lot to do on campus: there were language groups - where I learnt a bit of Irish and Mandarin, but have since promptly forgotten - movie nights in the great hall, watching movies from around the world, and groups of friends cooking together, allowing me to sample cuisine from all around the world. I visited the beach regularly and La Jolla Coves is famous for its large seal population.

However, nearly every weekend I was travelling around the US. I made a few friends and got infected with their wanderlust and had a great time travelling around. I watched a rocket launch, camped in Death Valley, trekked in the Grand Canyon, gallivanted around Mexico, froze in Chicago, gambled in Vegas and that’s just the highlights reel.

Do you have any particular maths role models? 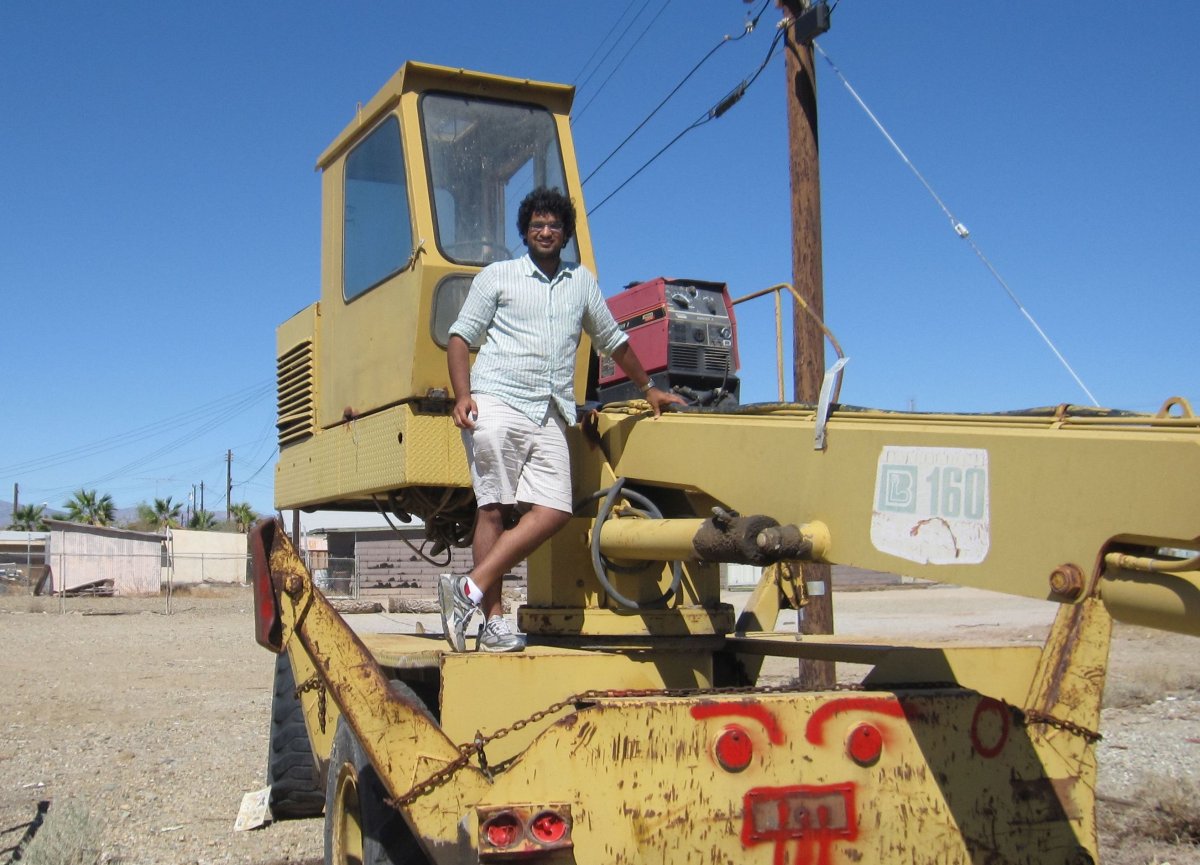 I’d like to bring up a few less popular mathematicians I’m particularly fond of.

Girolamo Cardano, one of the founders of probability. He was the first to formalise studies in probability and used his knowledge to win at gambling houses. He also had significant contributions in algebra, solving cubic equations the most notable.

Benoit Mandelbrot, who almost singlehandedly created a whole field to support his intuition and was never very popular due to the fact he dabbled in many different fields of science and wasn’t as rigorous as other mathematicians liked.

Alan Turing, a very eccentric mathematician and one of the key men behind the breaking of the Enigma code. He also contributed heavily to the fundamentals of computer science and Artificial Intelligence, and is considered their founder.

For all of the above I’ve appreciated their ability to think in a new way and create new fields of mathematics, as well as contributing in many areas. And as a bonus, I’ll mention Hari Seldon, who is a fictional mathematician who serves as a background hero in Isaac Asimov’s Foundation series. He’s someone who caught my attention early on for his theory on Psychohistory, by which he uses history to predict the future mathematically. It was the first thing that made me think that mathematics could be used for something amazing and applicable beyond teaching.

You are currently on a Faulty Research Scholarship, under the supervision of A/Prof Scott Sisson. How is that going? What are you working on?

Well, the research scholarship is great; I'm currently working on Bayesian networks, a machine learning technique used for many problems, such as decision-making, predictive reasoning and classification. The basic idea is very elegant and intuitive, but trying to make it useful means running into NP-complete problems. I mostly spent time learning about the various problem areas in Bayesian Networks, and I'll hopefully take my project into an honours thesis.

What is your master plan for the future?!

Truth be told, I'd like someone to give me some ideas. I still have my engineering thesis to finish and next year, I'm planning on doing my honours thesis for maths. After that, I'm not sure - a part of me wants to work in industry, while another part of me wants to do a PhD instead. At the moment, I'm leaning towards a PhD, as most grad programs will have me rotating between areas I have little interest in for not much pay - as put succinctly by a former mentor - while I could spend time in an area I enjoy for not much pay. In the more distant future, I'd ideally like to work for a tech firm as there is a lot of mathematics going on behind the scenes in many products, and they have a reputation for being a great place to work.