Professor Parshall is Professor of History and Mathematics at the University of Virginia, and is also an Inaugural Fellow of the American Mathematical Society.

Professor Parshall's talk, "Becoming a Mathematician in Turn-of-the-Twentieth-Century America: The Women’s Story", covered the obstacles that women faced during this period in their quest to break into the research ranks in mathematics, and to secure employment and equality. She spoke about the founding of women's colleges in the 1800s, and the gradual attainment of PhDs by 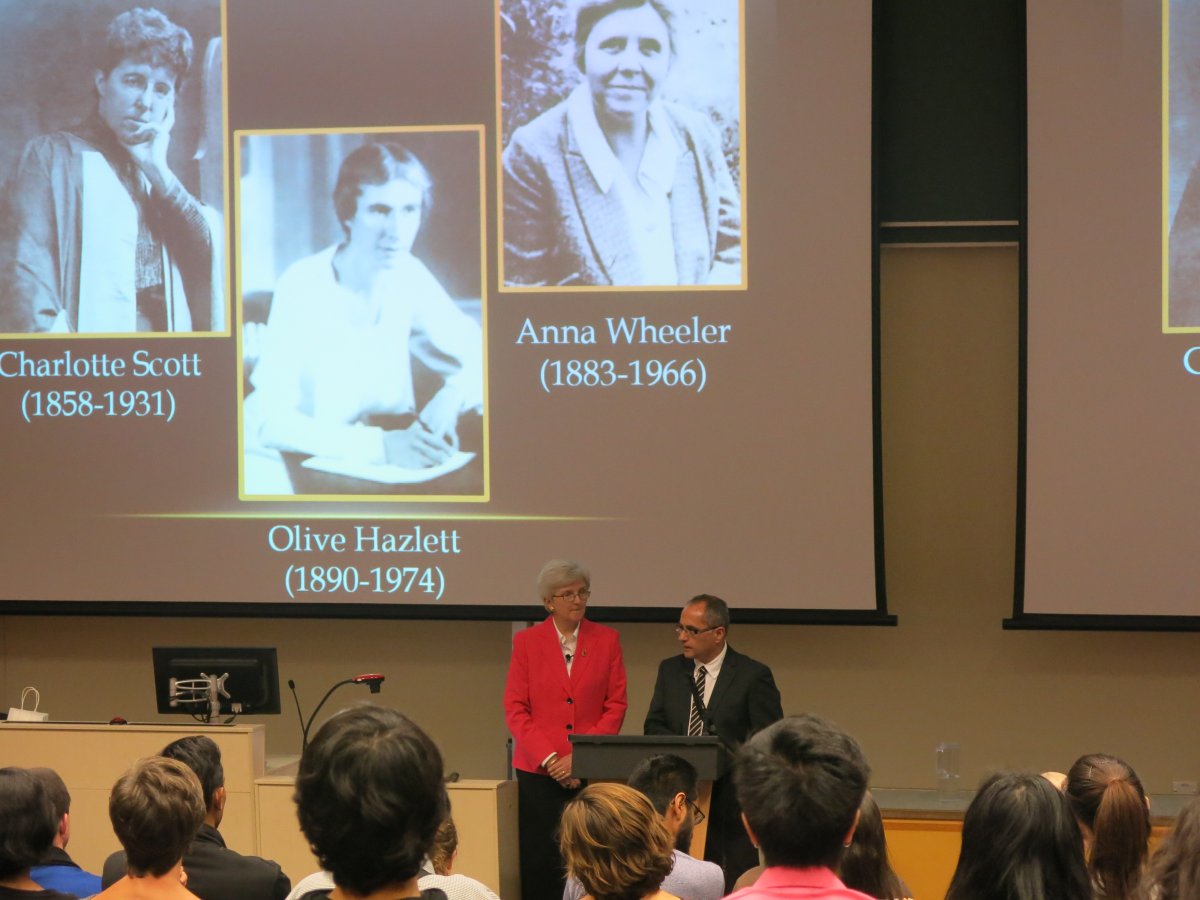 women during this era.

Professor Parshall's research focuses primarily on the history of science and mathematics in America and on the history of 19th- and 20th-century algebra. In addition to exploring technical developments of algebra, she has worked on more thematic issues such as the development of national mathematical research communities and the internationalisation of mathematics in the nineteenth and twentieth centuries.

Karen Parshall's lecture was opened by Head of School, Professor Bruce Henry, and attracted a gathering which included School members and students.