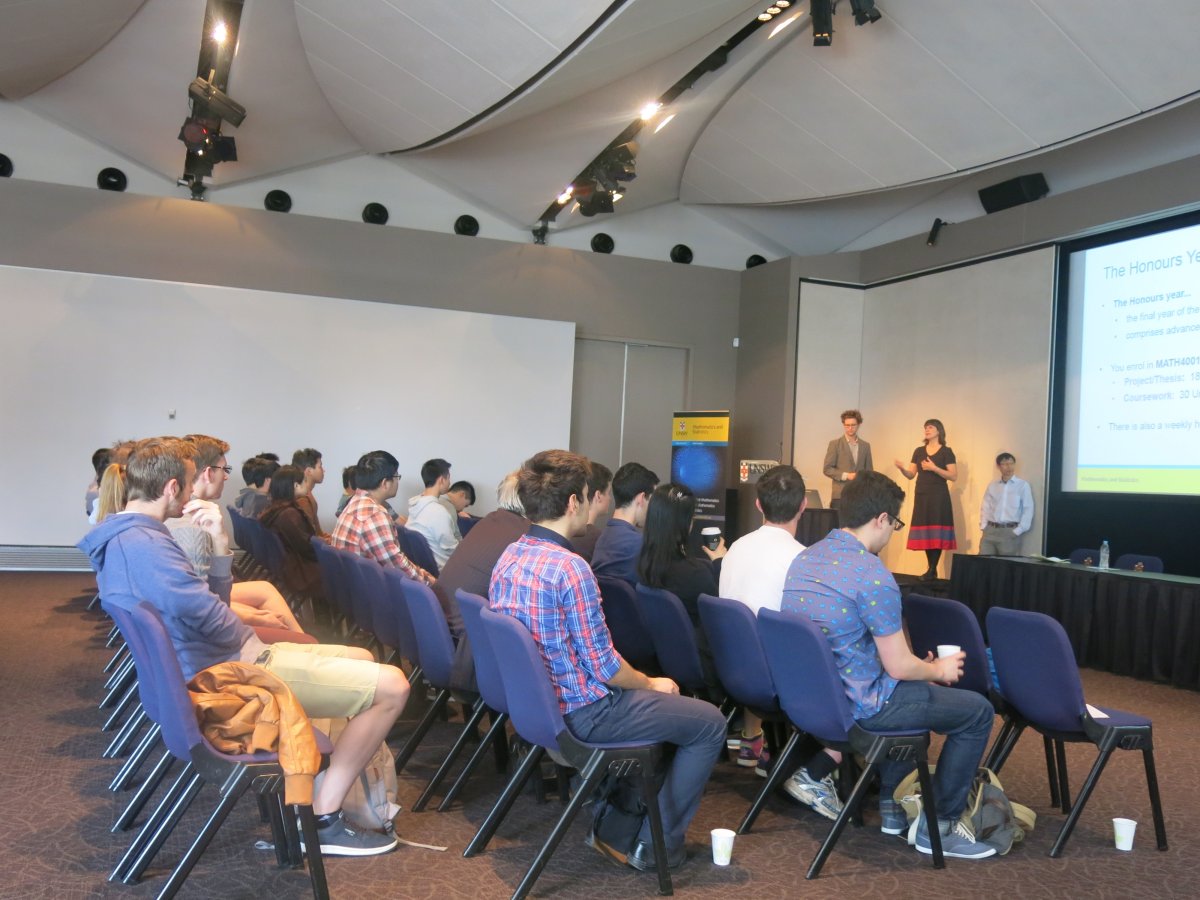 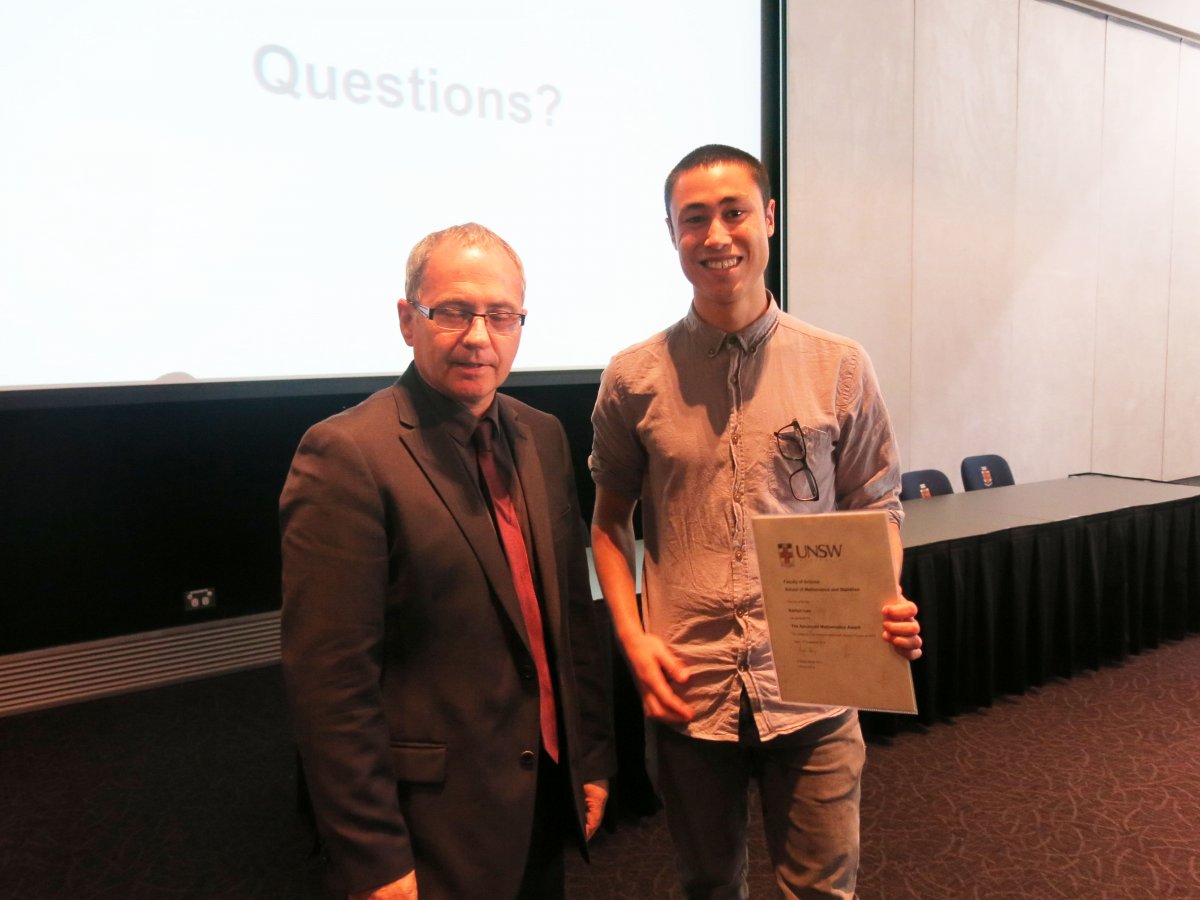 questions about, and provided insights into, their experiences of undertaking Honours. The slides from the panel discussion are available to be downloaded here (PDF). The third-fourth year cohort also listened to an inspiring talk by our alumnus Stephen Broadfoot, who now works at Google on an Android Auto project. The group also heard from Ava Bargi, a current intern at CommBank.

Fourth year student Barton Lee was this year’s recipient of the Advanced Mathematics Honours Scholarship, awarded to him for his exceptional academic performance. 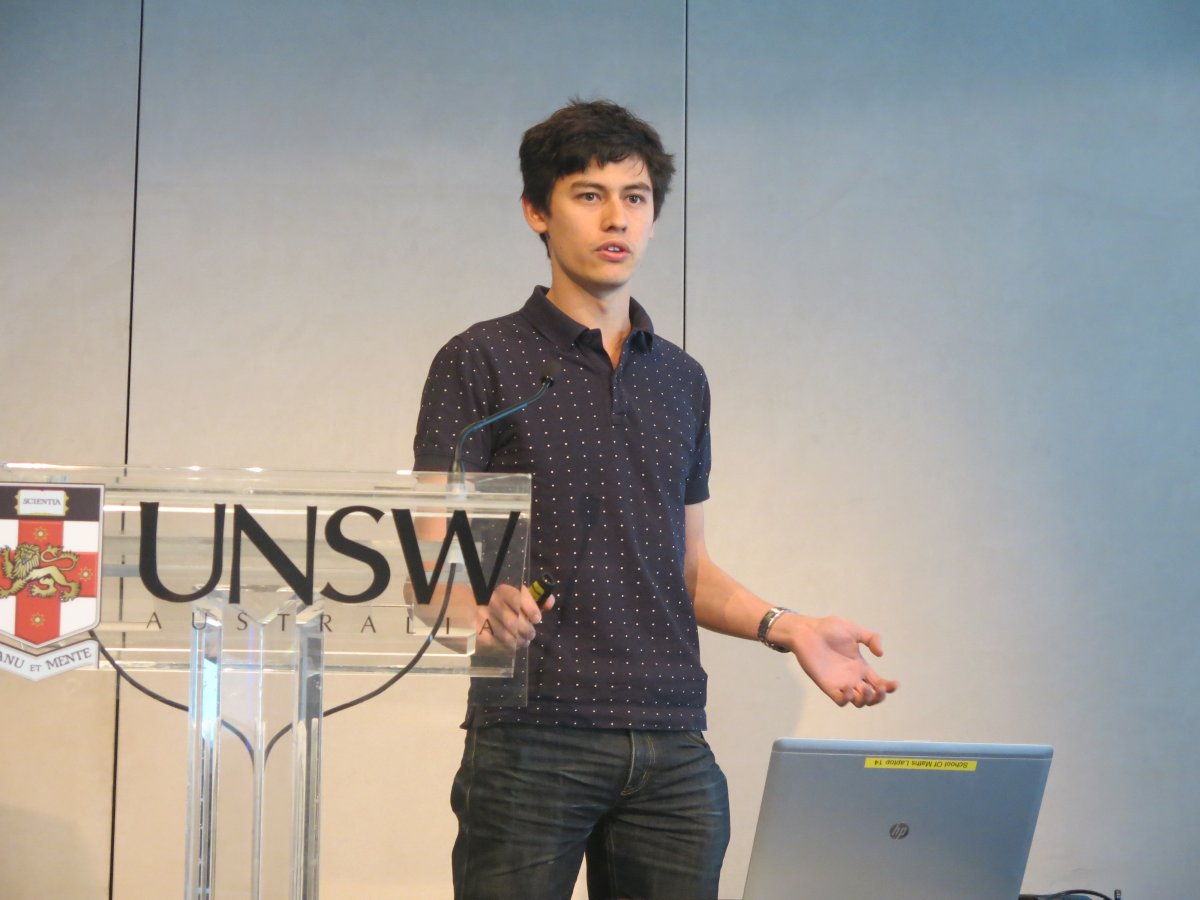 In the afternoon, our Honours, Masters and PhD students listened to a talk by data analytics professionals Alex Slocombe and Marie Siddle from Bluefin Resources. They were then treated to an energetic presentation by Iain Collings, Deputy Chief - Research in CSIRO's Computational Informatics. Nick Fewster spoke again, this time about his experience as a PhD student, and provided practical advice to the attending students. Professor Pierre Del Moral from the School gave an engaging presentation about his research and his impressive academic career.