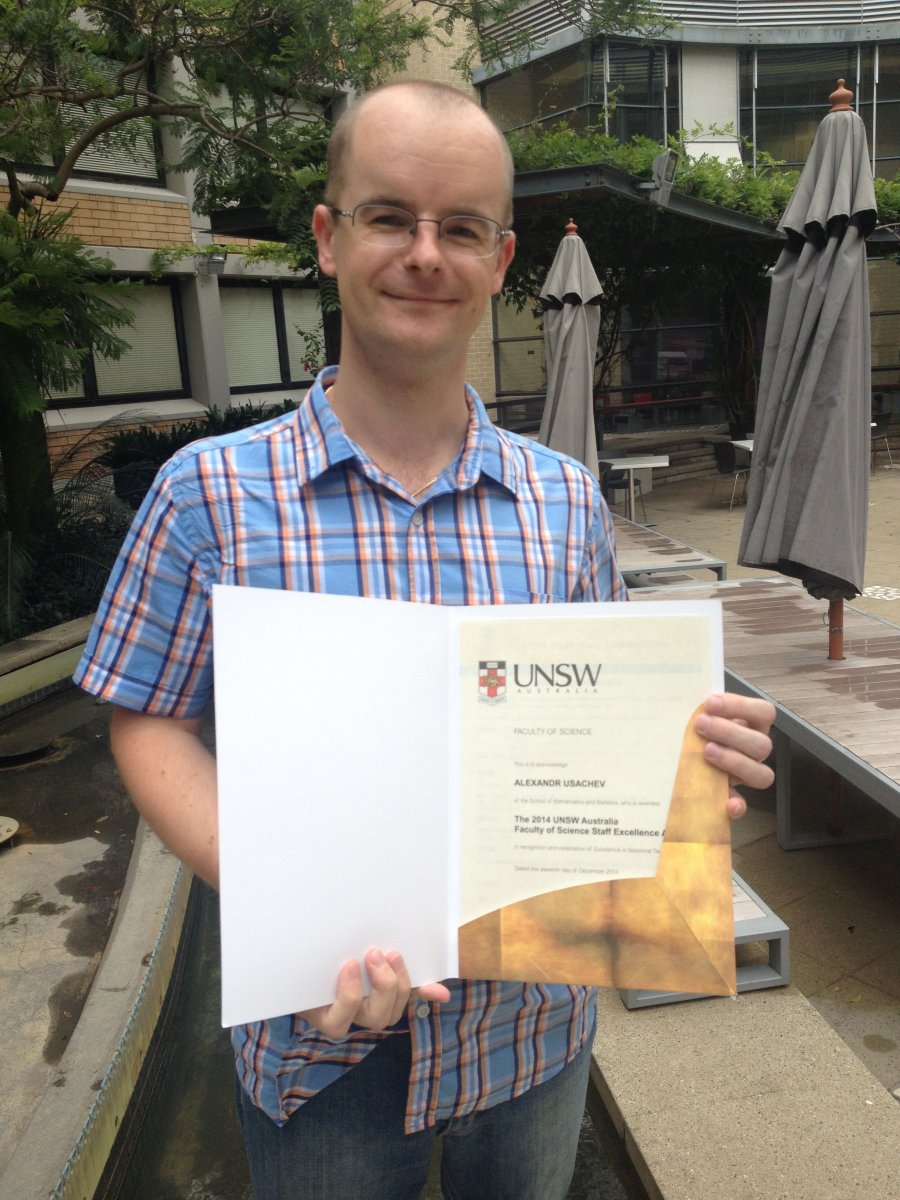 We are happy to report that two of our staff members won awards in the 2014 Faculty of Science Staff Excellence Awards. The winners were announced by UNSW Science Dean, Professor Merlin Crossley, at the Faculty Christmas party last Thursday.

Winners from the School were Milan Pahor and Alexandr Usachev.

Alexandr Usachev's Teaching Excellence Award was for his exceptional performance in Sessional Teaching. Alexandr is also a former PhD student of the School.

Congratulations to Milan and Alexandr!

(Pictured: Alexandr Usachev with his award)