We are very proud to announce that our PhD student Isaac Donnelly has been awarded a prestigious Fulbright Scholarship.

An applied mathematics PhD candidate in the UNSW School of Mathematics and Statistics, Isaac will be hosted by Northeastern University in Boston where he will work on the development of non-linear control theory for networks under the mentorship of world-leading scientist Professor Albert-László Barabási.

Isaac will spend 10 months working with Professor Barabási, who is renowned for his work in the development of network science and the statistical physics of complex systems.

Isaac says that during his exchange he will aim to “not only do outstanding research in the field of network science, but to learn how the bridge between academia and the wider world is formed in the US and be a champion of transferring this knowledge to Australia”.

Isaac was one of just 11 Fulbright postgraduate scholars selected in 2015, and the only UNSW postgraduate recipient in this round.

Isaac’s current research investigates anomalous transport on networks. He has co-authored several leading articles in the area, and is also interested in applying this theory to the real world to help predict epidemics on airline networks and minimise congestion on city roads. 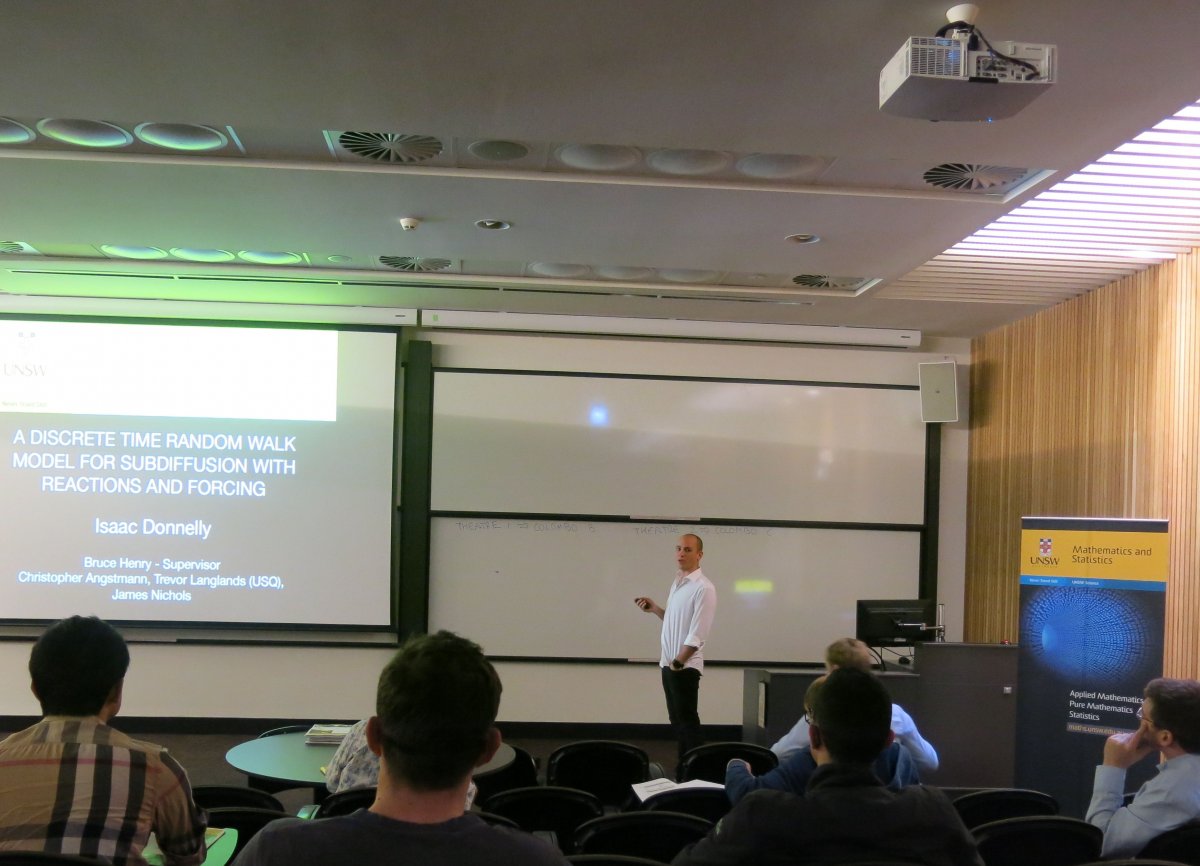 Isaac completed a Bachelor of Advanced Science at UNSW, receiving first class honours for his thesis investigating game theory on networks. He is a statistics tutor within the School of Mathematics and Statistics, and also holds a research assistant position at the UNSW School of Psychology.

“To receive a Fulbright award is one of the highest accolades I could receive at this point in my career, and I am honoured to be a part of the Fulbright community. It validates my research effort to date as well as aspirations for the future”, said Isaac.

“On my exchange I will be showcasing Australian research, specifically from the UNSW School of Mathematics and Statistics, as well as learning about the admired research culture in the US”.

UNSW Mathematics and Statistics Head of School, Professor Bruce Henry, said “The Fulbright award is a great honour for Isaac, recognising his outstanding work on transport on networks in his PhD, and his contribution to community engagement with the Limits to Growth Symposium at UNSW in 2013. “It is a fantastic opportunity for Isaac to be supported to work alongside the world-leading authority on networks, Professor Barabási”.

The UNSW School of Mathematics and Statistics already boasts a former Fulbright alumnus, Dr Shev MacNamara, who received a Fulbright Postdoctoral Scholarship in 2010 to conduct research at MIT.

The scholarship will be formally presented to Isaac at the Hyatt Regency in Perth by an Honorary Co-Chair of the Fulbright Commission on 19th February, 2015.

A very big congratulations to Isaac on this outstanding achievement. 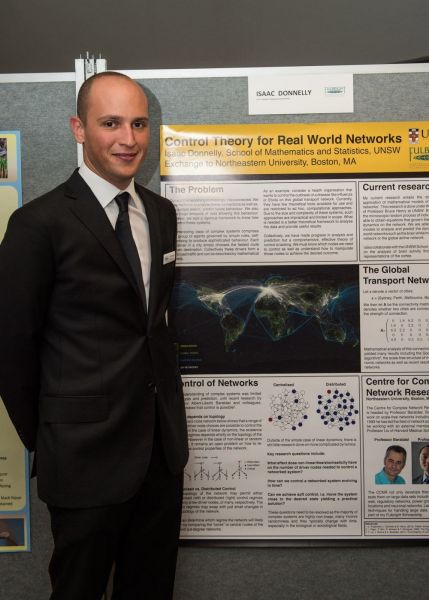