On Friday 20 March, we held a prize-giving ceremony to award our top students. Prizes and scholarships were presented to an exceptional group of students for the 2014 round of awards.

More than 20 prizes were conferred to students for their exceptional performance in courses during 2014. Head of School, Professor Bruce Henry, welcomed and praised the high performing cohort.

Among the award recipients, some faces were familiar. Daniel Altman, who won three prizes in this round, was also a prize winner last year. This time, he took out the C H Peck Prize, The Prize for Level 2 Mathematics, and The Westpac Banking Corporation Prize. 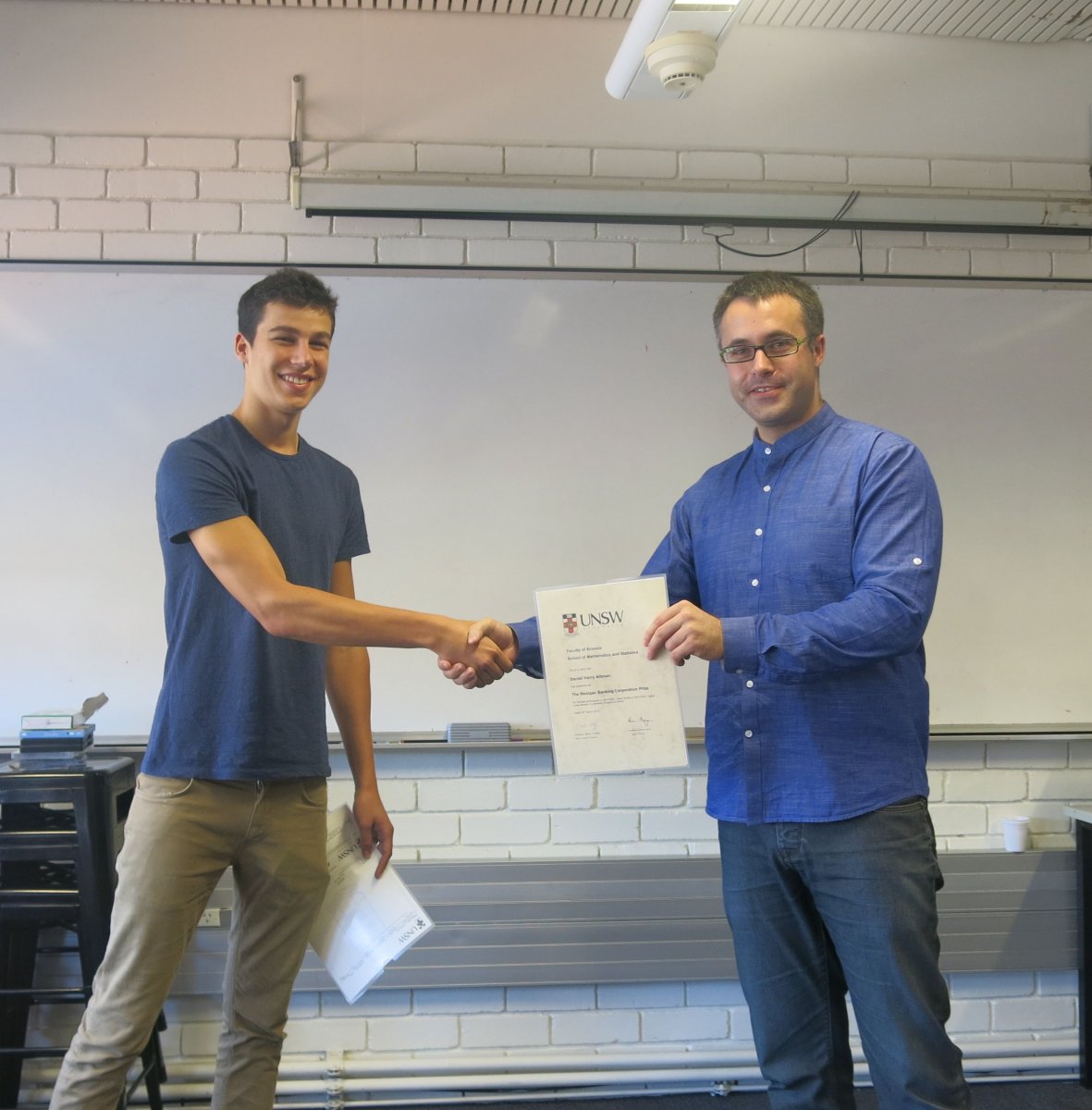 Daniel Altman is definitely one to watch - we predict big things for this rising star!

Raveen De Silva, who won two prizes in the 2012 awards, took home the esteemed Head of School's Prize for Best Undergraduate Performance in 2014.

A very big congratulations to all of the prize winners!

An album of photos from the ceremony can be found on the School's Facebook page.