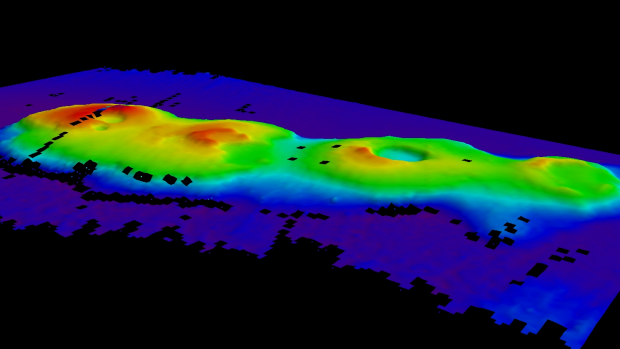 A recent research voyage on the CSIRO Investigator, which included several members of our School, has accidentally unearthed ancient volcanoes off the coast of Sydney.

The primary focus of investigation was the East Australian Current, in particular ocean eddies spanning 30-70 kilometres in diameter that form in the region where the East Australian Current separates from the coast and moves into the Tasman Sea. At the time of the volcano discovery, the team had been searching for lobster larvae. In a testament to the sophisticated equipment capabilities of the Investigator, the vessel detected the volcanoes at a depth of approximately five kilometres during routine mapping of the seafloor.

The largest volcano identified is 1.5 kilometres across the rim, rising to 700 metres from the seafloor. 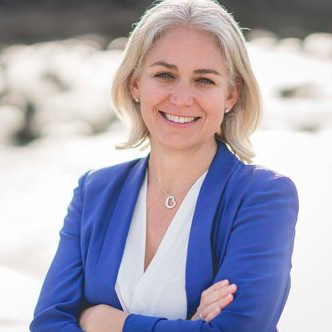 The discovery triggered a wave of mainstream media coverage, with stories featuring in publications such as SMH, The Guardian, ABC, SBS, The Australian, SkyNews and the BBC.

A/Prof Roughan, who described the sighting as "sheer luck", was interviewed about the encounter, saying, "It was the last night of the voyage and we'd set a path from Forster to Sydney and we just happened to go over these volcanoes.

"We had the swathe mappers going constantly throughout the cruise and two support staff who were constantly watching the output and reporting on any features.

"One of the guys came up and said, 'Look at these new volcanoes that have never been discovered before.' "