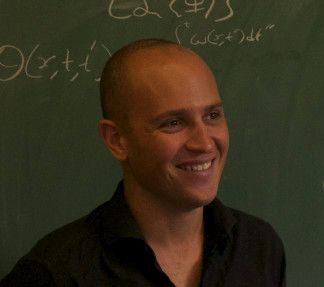 Research undertaken by PhD student Isaac Donnelly and collaborators from UNSW Psychology has been widely covered across science media.

The study, published in Nature Communications, has revealed that complex human brain activity is driven by the same simple universal rule of nature which can explain other phenomena, such as the stripes on tigers or the spots on a leopard.

Researchers identified a connection between the distinctive patterns of brain function that transpire at rest, and the physical structure of people's brains.

The study, Human brain networks function in connectome-specific harmonic waves, was authored by Associate Professor Joel Pearson and Dr Selen Atasoy (both from UNSW Psychology), and Isaac Donnelly from UNSW Mathematics and Statistics.

Articles about the study appeared in titles such as Science Alert, Medical Xpress, Latin American Herald Tribune, and DOTmed.

Isaac recently held a research assistant position at the UNSW School of Psychology. He is currently at Northeastern University in Boston on a Fulbright Scholarship, and will return to UNSW in July to continue his research with Prof. Bruce Henry and Dr. Chris Angstmann, with whom he has been investigating anomalous diffusion, the effect of external forcing and pattern formation on networks.