Associate Professor Jake Olivier has once again analysed data for ABC's Fact Check. The report investigated whether industrial disputes decreased under the operation of the Australian Building and Construction Commission (ABCC), and if they increased after the commission was abolished.

The ABCC has become a topical area of discussion and debate nationally in recent weeks, and may become the trigger for a double dissolution election in July, Prime Minister Malcolm Turnbull has revealed. ABCC reforms have twice been rejected by the Senate.

Fact Check contacted A/Prof Olivier to help evaluate the premise that the rate of industrial disputes in construction - compared with all industries - halved when the ABCC was in force, and doubled when it was abolished. He was asked to analyse the variability in industrial dispute rates over time.

Interestingly, the modelling shows that the industrial dispute rate across all industries was decreasing steadily before the ABCC was introduced in late 2005, but was relatively flat in the construction industry.

Below: Series plots developed by A/Prof Olivier for the Fact Check analysis 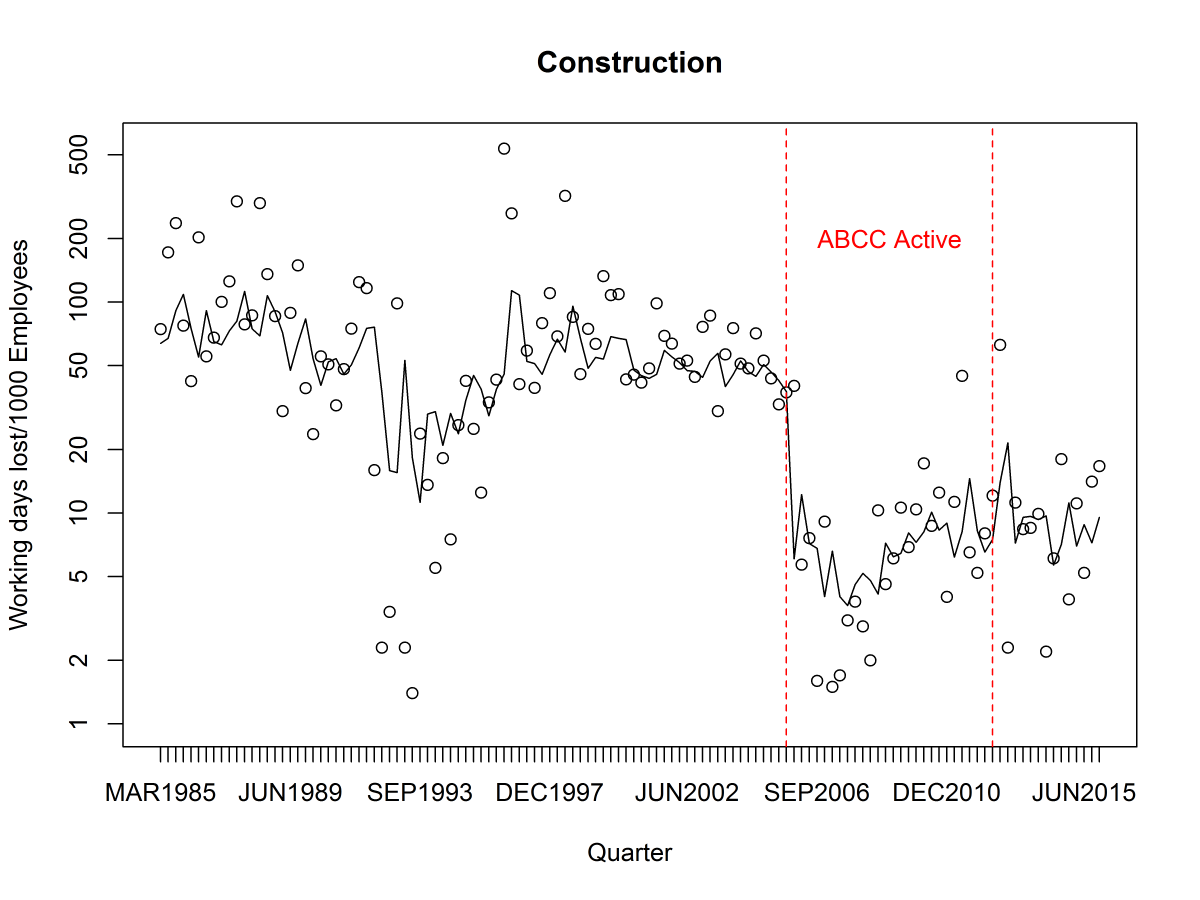 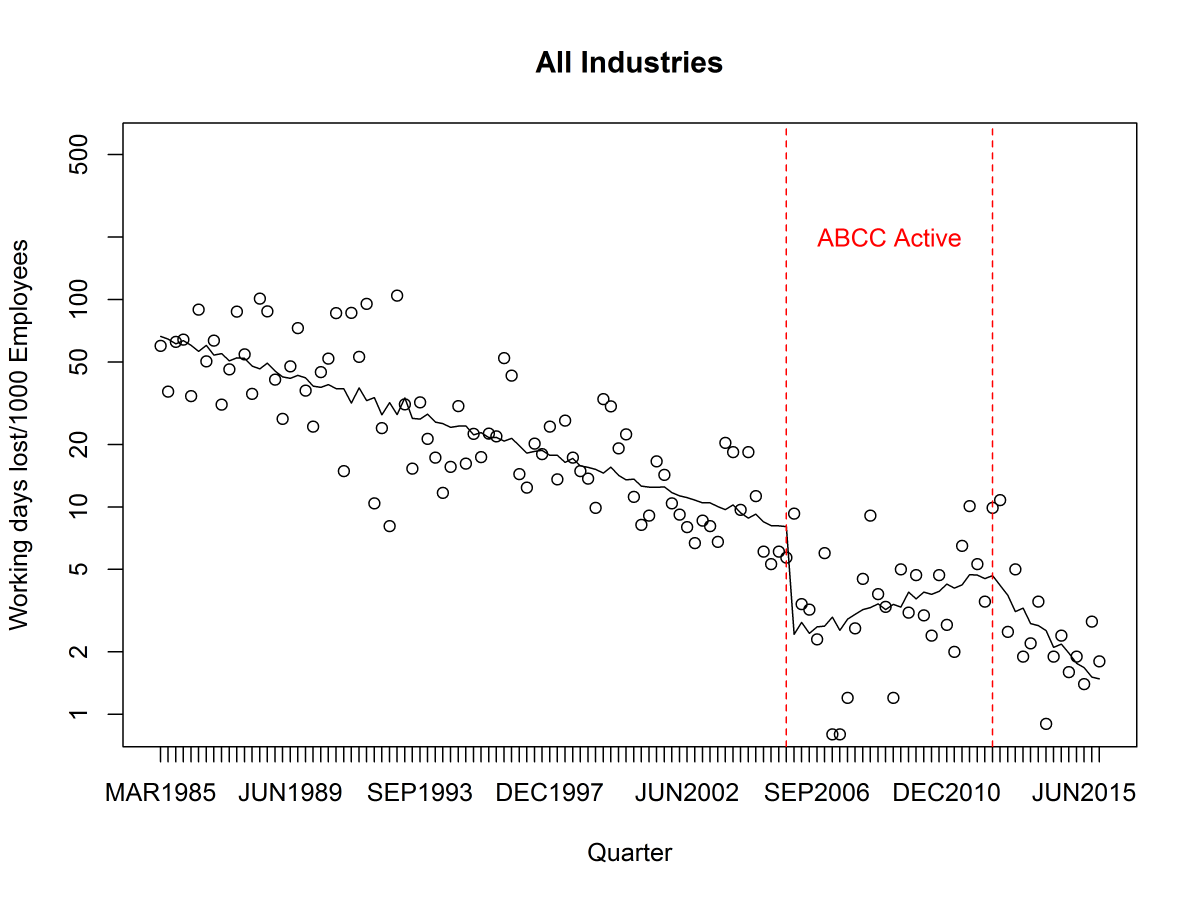 A/Prof Olivier was previously engaged by Fact Check last December to provide statistical expertise in order to investigate the veracity of a claim by Barnaby Joyce about the socioeconomic status of his constituents.