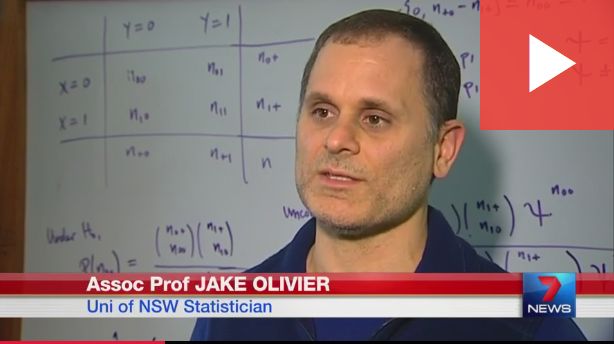 Associate Professor Jake Olivier, who is fast becoming our resident media representative, has appeared in a Channel 7 newscast to reveal the (demoralising) odds of winning the lottery.

The news broadcast looked at several different games and the statistical likelihood of a win.

Statistician A/Prof Olivier gave a sobering analysis of the odds.

This isn't the first time that one our staff has evaluated the success rate of playing lotto. In 2009, Professor David Warton wrote a piece, You'd be dead lucky to win Oz lotto.