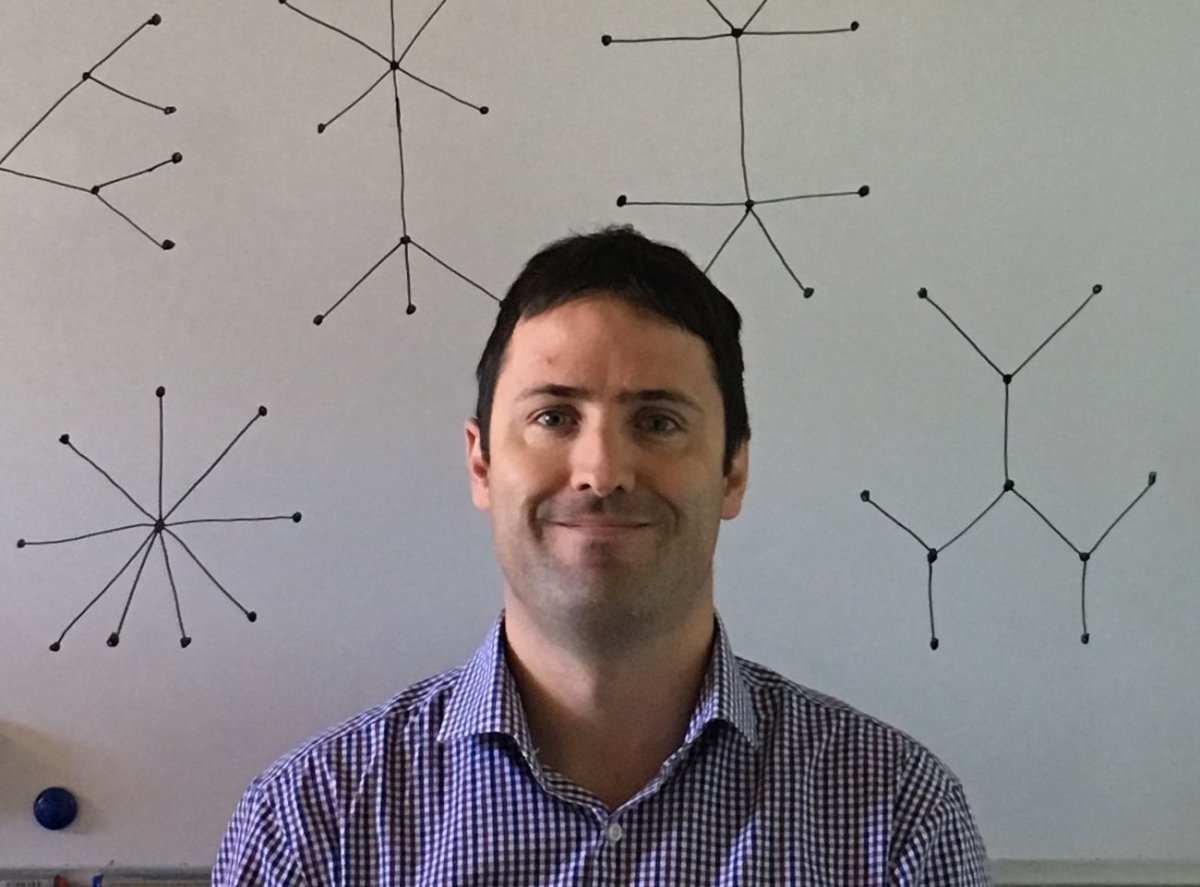 This year we had the pleasure of hosting Paul Hancock, a high school maths teacher at Woonona High School, as part of our Visiting Teaching Fellow (VTF) program.

Shortly after his arrival at UNSW early in the year, Paul said he felt that the program would put him in a "prime position to help transition our local community of schools confidently into implementing the new curriculum". He said he looked forward to forward to a "challenging and rewarding" experience.

On the afternoon of Thursday 10 November, Paul recounted his experiences and observations of the year to a gathering in the Rex Vowels Theatre. Audience members included School staff and students, and also several high school maths teachers who had spent the day with us at a Professional Development workshop.

Paul told attendees that he'd had a "fantastic year" which he felt would "reinvigorate" his teaching in the years to come. He thanked those in the School who had provided him with unfailing support, including Bruce Henry, Peter Brown, Jonathan Kress, Diana Combe, Frank Reid, Milan Pahor, Markie Lugton and Julie Hebblewhite.

Before coming to teaching, Paul had been a Combat Engineer in the Army, and he had also worked in banking. At that time, teaching was not on his radar. But in 2000, he met our then-Visiting Teaching Fellow, David Price, who Paul says inspired him and opened his eyes to maths in a way he hadn't discovered in school. 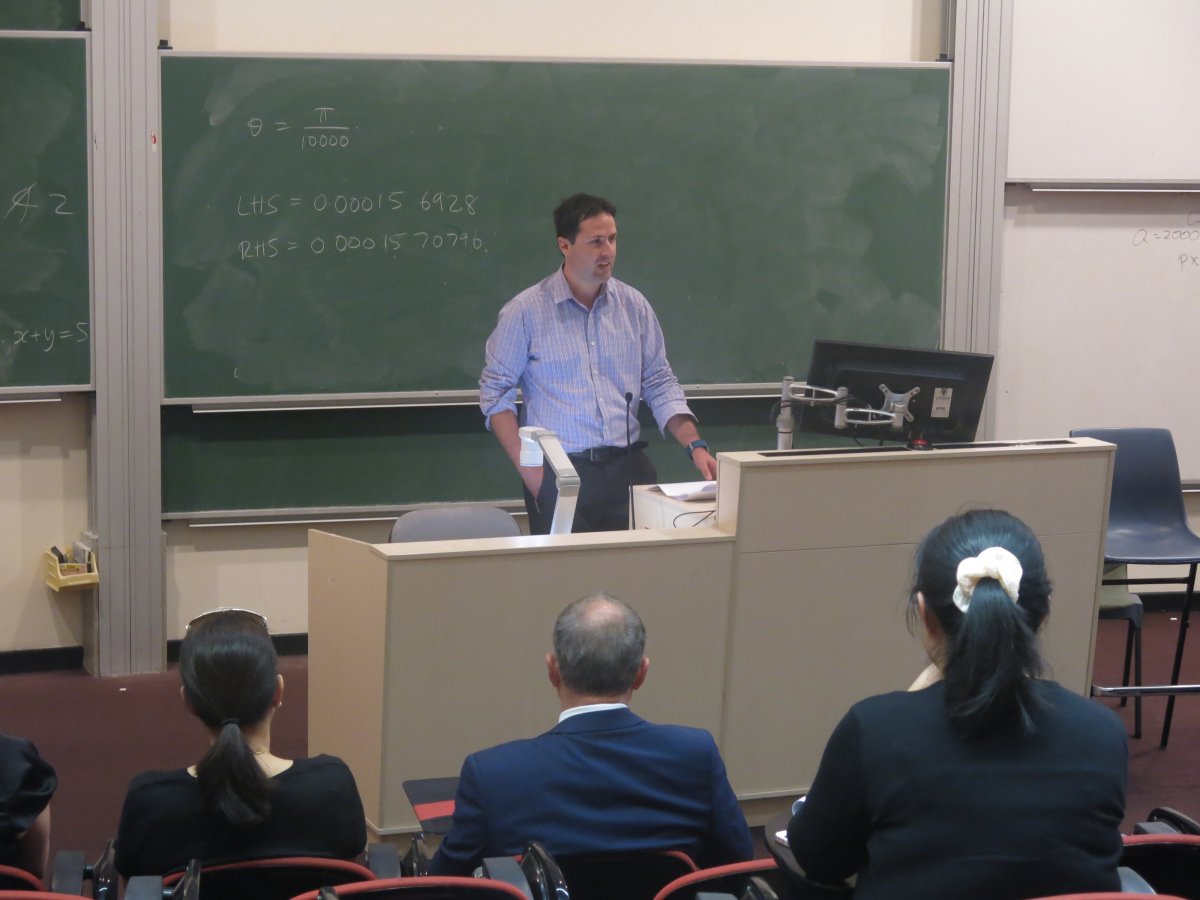 Highlights of Paul's year as a VTF included teaching discrete maths and student consultation time, which he says felt more "like a classroom" and allowed ample time to work through questions. He said that he gained some key insights into the misconceptions and problems that students have.

He praised the online initiatives of the School, which he believes are very positive for the student experience. He suggested that the School continues to embrace the online component in its teaching.

In heading back to Woonona High School in 2017, Paul said that he wants to be proactive and open students' eyes to the hidden world of maths around them, including more of a focus on the history of maths. He said he also hoped to train up high school teachers for the new changes with the mathematics curriculum, not just in his school but also further afield.

Paul thanked the School of Mathematics and Statistics for the opportunity to extend himself and "to put things learnt into practice". He admitted that he was sad to be leaving, but looking forward to continuing his relationship with the School into the future. 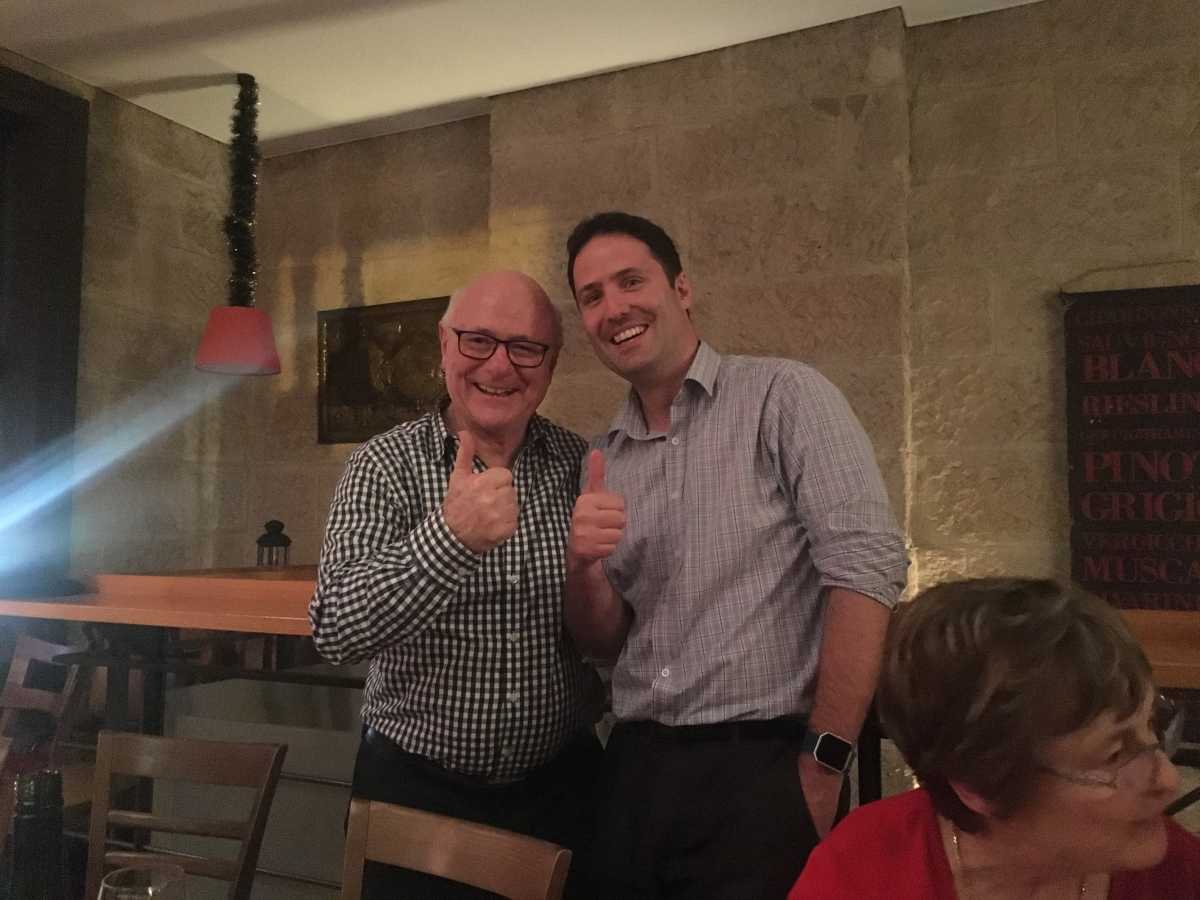 Paul and audience members then broke for drinks in the School staff room, where in a serendipitous turn, our 2000 VTF David Price, who had been Paul's inspiration into teaching maths, was present! David had been in the audience during Paul's talk, and Paul recognised him as soon as they mingled over drinks.

Paul said he had a great chat with David during the drinks and also at a dinner held for Paul in Randwick which was attended by several School members.

Thank you very much to Paul for his contributions to the School during the year, we wish him well heading back into the high school classroom, and we look forward to continuing our friendship with him in the years to come!