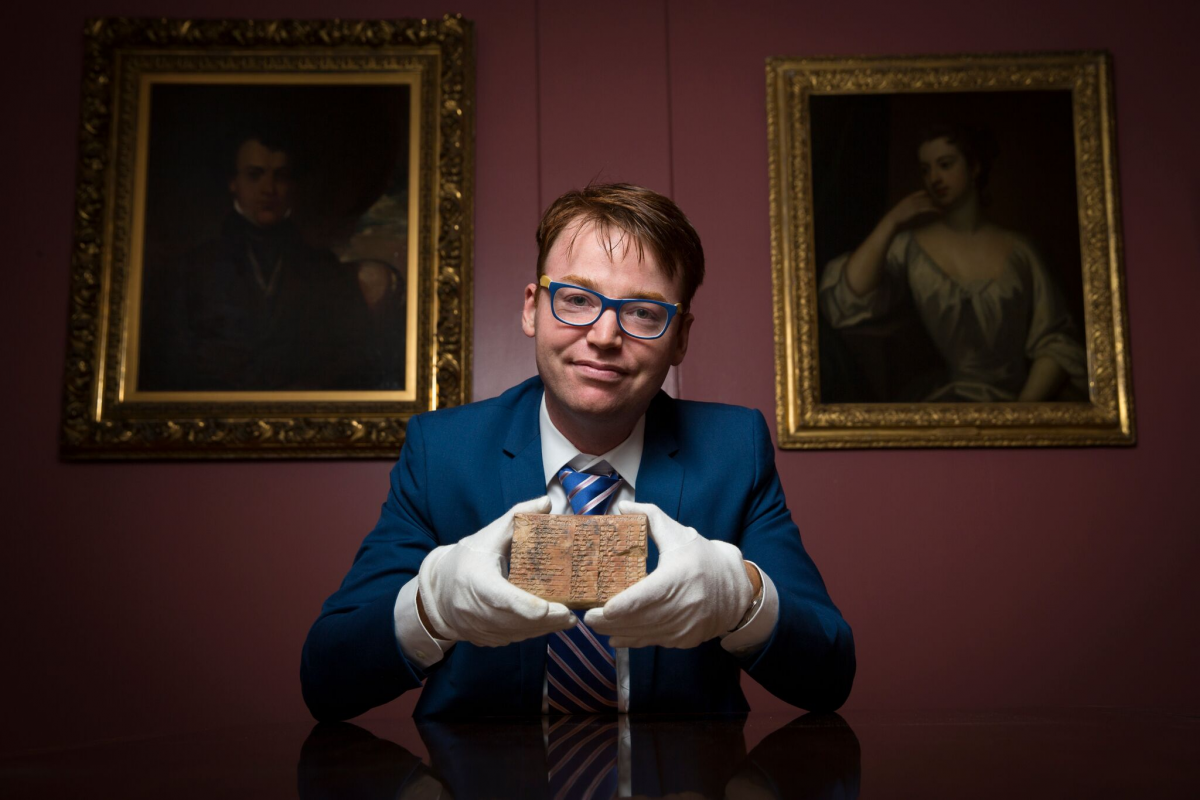 UNSW scientists have discovered the purpose of a famous 3700-year-old Babylonian clay tablet, revealing it is the world’s oldest and most accurate trigonometric table, possibly used by ancient mathematical scribes to calculate how to construct palaces and temples and build canals.

The new research shows the Babylonians, not the Greeks, were the first to study trigonometry – the study of triangles – and reveals an ancient mathematical sophistication that had been hidden until now.

Known as Plimpton 322, the small tablet was discovered in the early 1900s in what is now southern Iraq by archaeologist, academic, diplomat and antiquities dealer Edgar Banks, the person on whom the fictional character Indiana Jones was based.

It has four columns and 15 rows of numbers written on it in the cuneiform script of the time using a base 60, or sexagesimal, system.

“Plimpton 322 has puzzled mathematicians for more than 70 years, since it was realised it contains a special pattern of numbers called Pythagorean triples,” says Dr Daniel Mansfield of the School of Mathematics and Statistics in the UNSW Faculty of Science.

“The huge mystery, until now, was its purpose - why the ancient scribes carried out the complex task of generating and sorting the numbers on the tablet.

“Our research reveals that Plimpton 322 describes the shapes of right-angle triangles using a novel kind of trigonometry based on ratios, not angles and circles. It is a fascinating mathematical work that demonstrates undoubted genius.

The new study by Dr Mansfield and UNSW Associate Professor Norman Wildberger is published in Historia Mathematica, the official journal of the International Commission on the History of Mathematics.

A trigonometric table allows you to use one known ratio of the sides of a right-angle triangle to determine the other two unknown ratios.

The Greek astronomer Hipparchus, who lived about 120 years BC, has long been regarded as the father of trigonometry, with his “table of chords” on a circle considered the oldest trigonometric table.

“Plimpton 322 predates Hipparchus by more than 1000 years,” says A/Prof Wildberger. “It opens up new possibilities not just for modern mathematics research, but also for mathematics education. With Plimpton 322 we see a simpler, more accurate trigonometry that has clear advantages over our own.”

“A treasure-trove of Babylonian tablets exists, but only a fraction of them have been studied yet. The mathematical world is only waking up to the fact that this ancient but very sophisticated mathematical culture has much to teach us.”

Dr Mansfield read about Plimpton 322 by chance when preparing material for first year mathematics students at UNSW. He and A/Prof Wildberger decided to study Babylonian mathematics and examine the different historical interpretations of the tablet’s meaning after realizing that it had parallels with the rational trigonometry of A/Prof Wildberger’s book Divine Proportions: Rational Trigonometry to Universal Geometry.

The 15 rows on the tablet describe a sequence of 15 right-angle triangles, which are steadily decreasing in inclination.

The left-hand edge of the tablet is broken and the UNSW researchers build on previous research to present new mathematical evidence that there were originally 6 columns and that the tablet was meant to be completed with 38 rows.

They also demonstrate how the ancient scribes, who used a base 60 numerical arithmetic similar to our time clock, rather than the base 10 number system we use, could have generated the numbers on the tablet using their mathematical techniques.

The UNSW Science research provides an alternative to the widely-accepted view that the tablet was a teacher’s aid for checking students’ solutions of quadratic problems.

“Plimpton 322 was a powerful tool that could have been used for surveying fields or making architectural calculations to build palaces, temples or step pyramids,” says Dr Mansfield.

The tablet, which is thought to have come from the ancient Sumerian city of Larsa, has been dated to between 1822 and 1762 BC. It is now in the Rare Book and Manuscript Library at Columbia University in New York.

A Pythagorean triple consists of three, positive whole numbers a, b and c such that a2 + b2 = c2. The integers 3, 4 and 5 are a well-known example of a Pythagorean triple, but the values on Plimpton 322 are often considerably larger with, for example, the first row referencing the triple 119, 120 and 169.

The name is derived from Pythagoras’ theorem of right-angle triangles which states that the square of the hypotenuse (the diagonal side opposite the right angle) is the sum of the squares of the other two sides.

Feature article about the research by Science Node

Background on Plimpton 322 and trigonometry