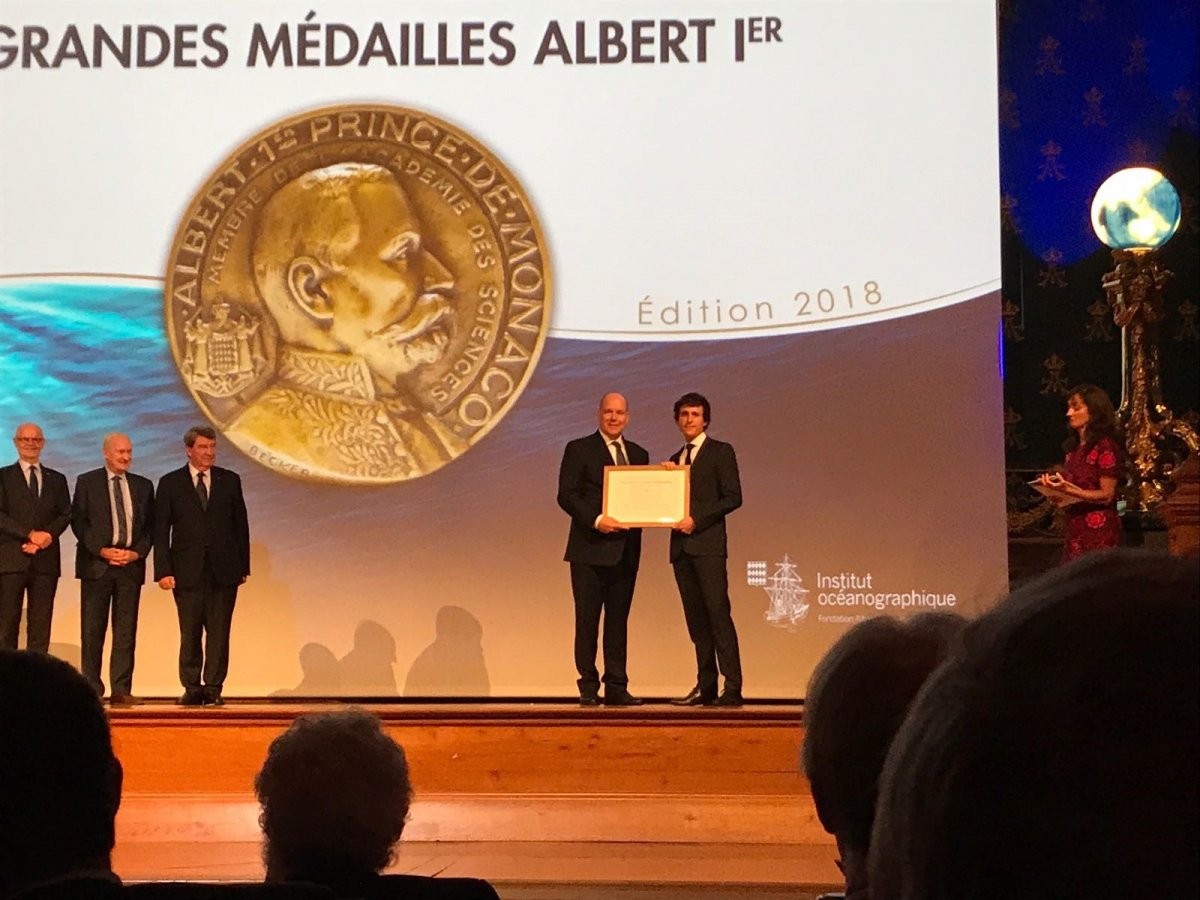 A very big congratulations to Casimir de Lavergne, who has won a prestigious prize for his thesis.

At a ceremony in Monaco last Friday, Dr de Lavergne was conferred the PhD prize of The Oceanographic Institute, Foundation of Prince Albert I of Monaco. This prize recognises the best PhD thesis in France in the area of marine sciences. He was presented with his award by Prince Albert II of Monaco.

The Oceanographic Institute stated that the thesis was "a major step in understanding the deep circulation of the ocean". 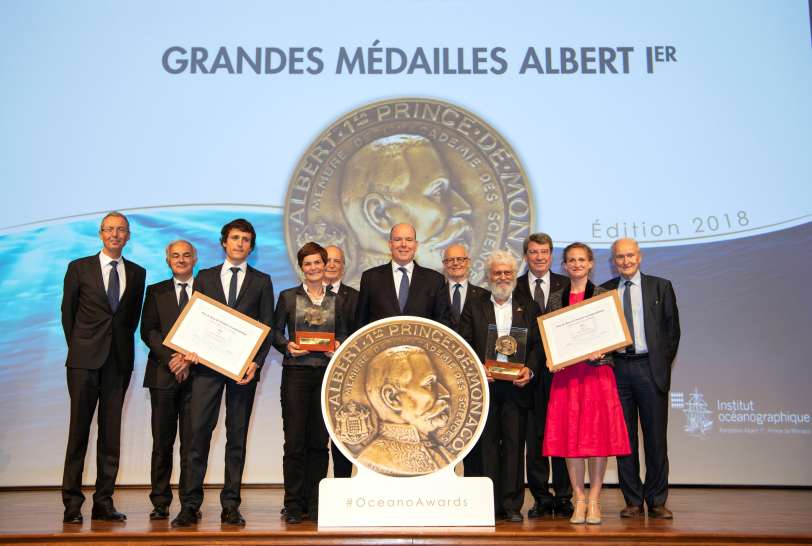 Dr de Lavergne completed his thesis, "Elements of the lifecycle of Antarctic bottom water", two years ago at Pierre and Marie Curie University, Paris, under the supervision of Professor Gurvan Madec. Dr de Lavergne then joined us as a postdoctoral fellow in the School of Mathematics and Statistics until just last month. He now works at Laboratoire L'OCEAN, Sorbonne Université, Paris.

We look forward to Dr de Lavergne's visit to the School in March 2019, when he will be joined by Professor Madec.