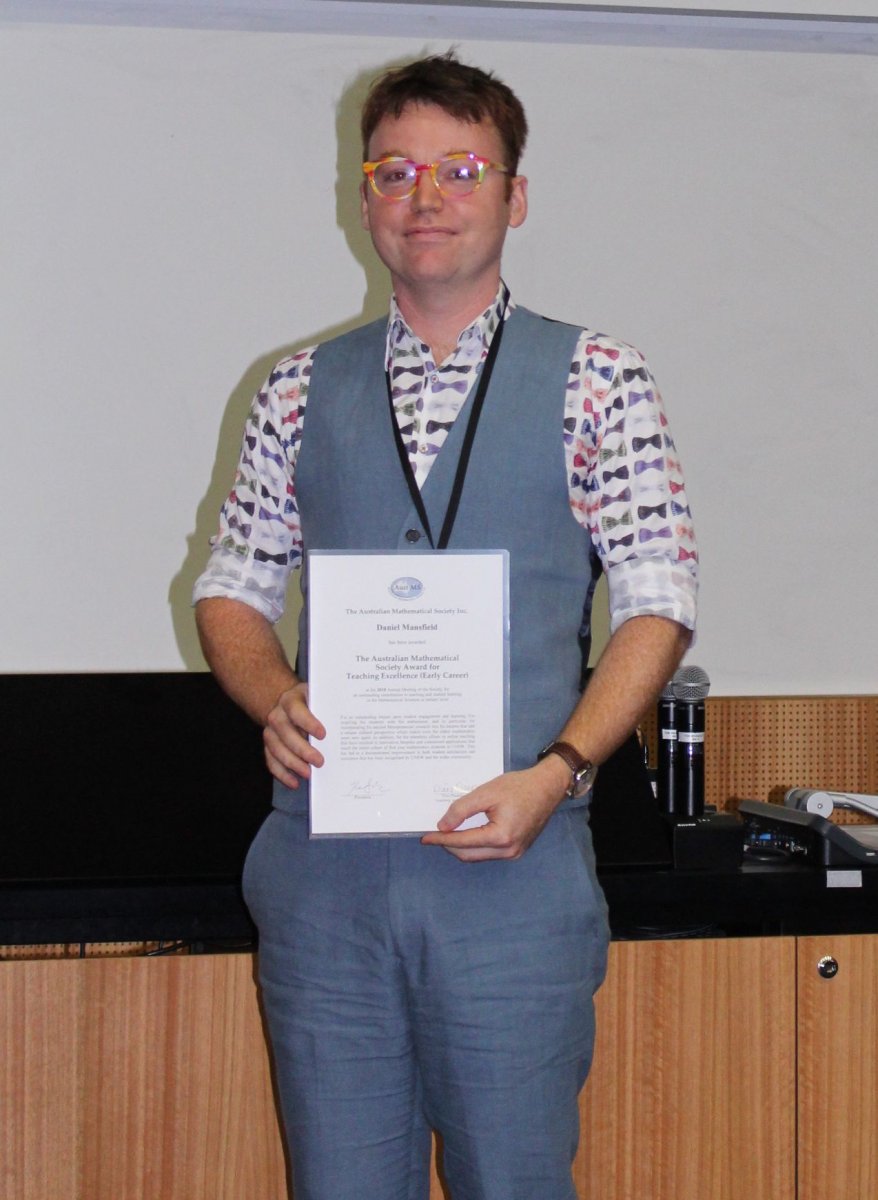 We are thrilled to report that Daniel Mansfield has won an Australian Mathematical Society (AustMS) Award for Teaching Excellence.

Dr Mansfield, who was selected in the Early Career category, was presented with the award at the AustMS 2018 Conference in Adelaide on Tuesday.

This marks the third time in recent years that Dr Mansfield has been officially recognised for outstanding teaching. Last year, he received the inaugural KPMG Inspiring Teacher Award in a First Year Undergraduate Program. This award is based on student feedback. In 2014, he was conferred a Vice-Chancellor’s Award for Teaching Excellence for Contributions to Student Learning.

AustMS cited the following as contributing to Dr Mansfield's selection for this most recent award:

For an outstanding impact upon student engagement and learning. For inspiring his students with his enthusiasm, and in particular for incorporating his ancient Mesopotamian research into his lessons that add a unique cultural perspective which makes even the oldest mathematics seem new again. 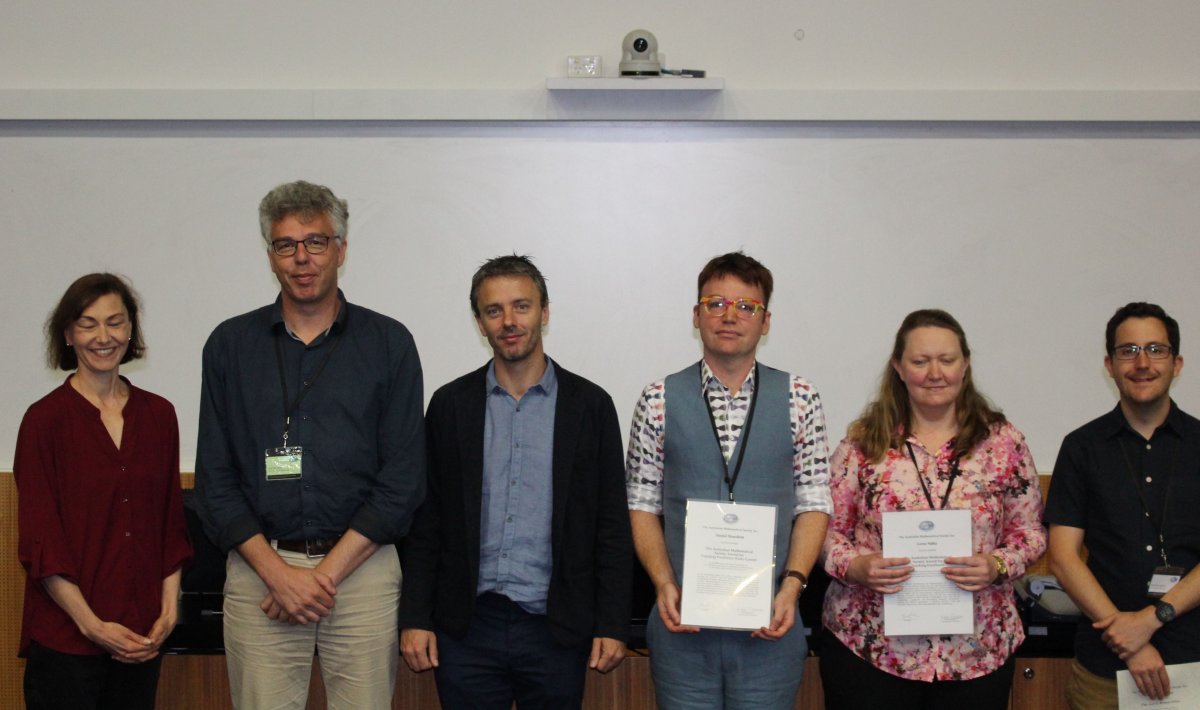 In addition, for his relentless efforts in online teaching that have resulted in innovative, bespoke and customised applications that reach the entire cohort of first year mathematics students at UNSW. This has led to a demonstrated improvement in both student satisfaction and outcomes that has been recognised by UNSW and the wider community.

Dr Mansfield, whose groundbreaking research with Norman Wildberger in understanding Plimpton 322 made worldwide headlines last year, has been dubbed the “Indiana Jones” of mathematics - due to his efforts in combining the latest technologies in teaching with his research in ancient Babylonian maths.

A very big congratulations to Daniel for his latest achievement!