When the pandemic hit in March, most of the world went into shutdown. In academia, there was a disheartening stream of cancellation announcements as events were put on hold, from major international conferences to local seminar series. Conference season was effectively cancelled.

One notable exception was the International Statistical Ecology Conference (ISEC), scheduled for 22-26 June 2020 - they announced on 19 March that they would go ahead as scheduled, with an unchanged program, but in a virtual setting. Then they opened up a second call for abstracts!

"We saw this as an opportunity", says Professor David Warton, Co-Chair of the Local Organising Committee and Scientific Programming Committee. "There was already a fair bit of interest in the virtual conference idea in our 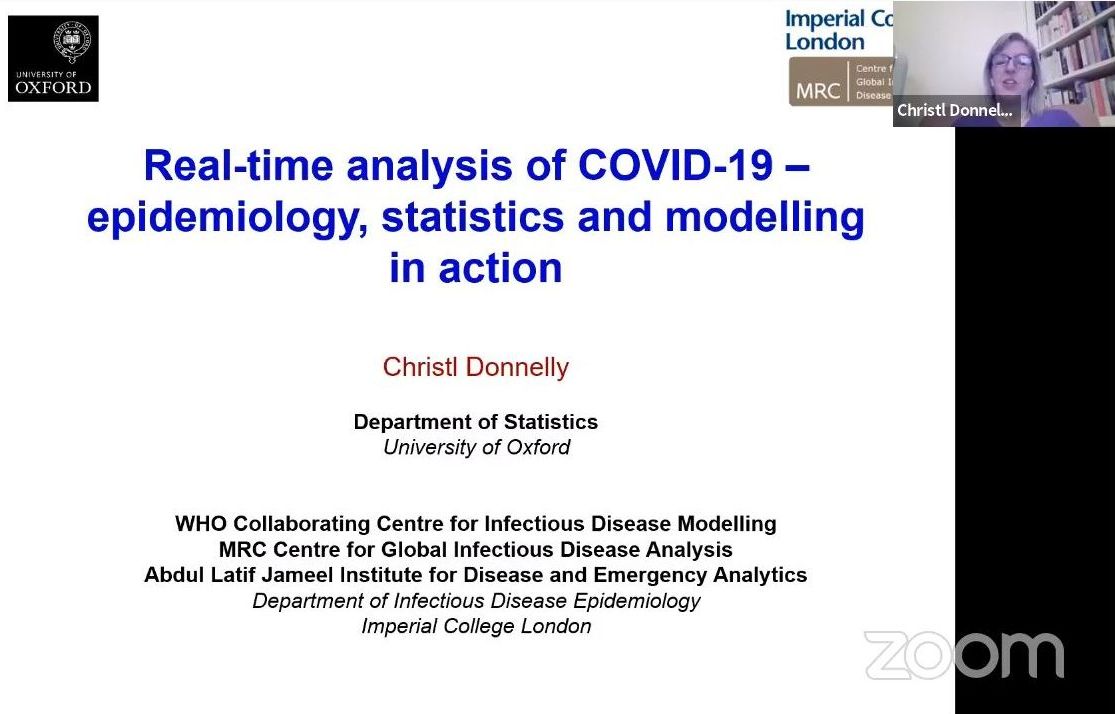 community, to improve accessibility and reduce our carbon footprint. If you were ever going to give it a try, there could never be a better time."

"We tried to keep things quite similar to an in-person conference to make the transition easier, but also wanted to exploit the virtual format", says Dr Gordana Popovic, Co-Chair of the Local Organising Committee. The conference was organised in a Slack workspace, with live talks streamed into dedicated Slack channels, and posters and pre-recorded speed talks posted in "displayhall" channels.

Participants interacted with speakers, and each other, using discussion threads, emojis, direct messaging, and public or private video calls. There was also a large number of Slack channels where participants could network or socialise, based on research or personal interests, or geographic location. There was even a book club. 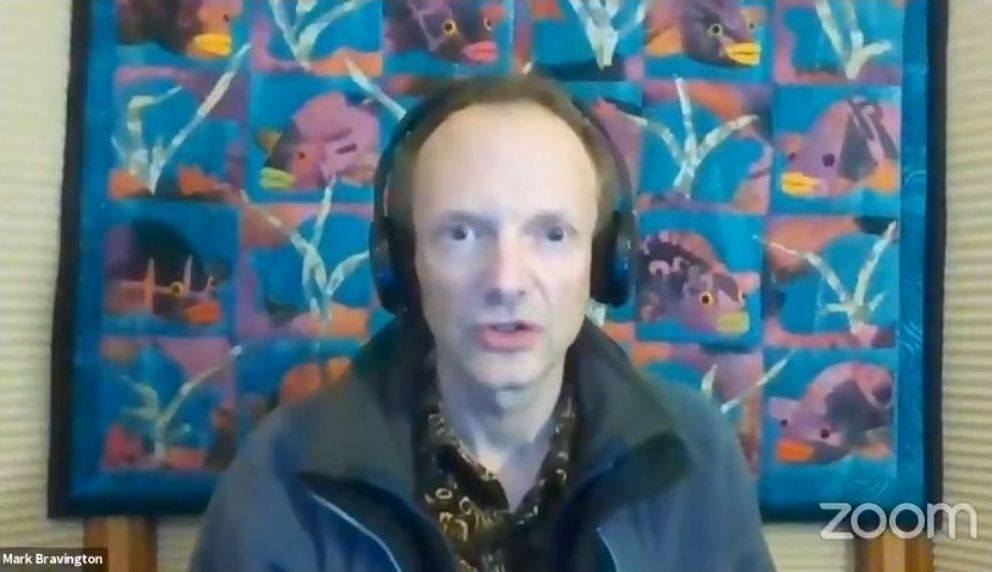 Running costs were much lower virtually, so registration fees were set at $50 (originally planned for $725). The conference attracted 861 registered participants from 52 countries, almost triple the registrations at any previous ISEC. If all of these people had flown to Sydney, the carbon emissions on travel would have been about 3000 tonnes, equivalent to the annual emissions of 200 Australians! Importantly, over 130 attendees came from low-income countries, when 30 was previously considered a great outcome (only achieved via a generous bursary scheme).

Did it work? Some experienced attendees reported that this was the best conference they had ever attended. There are plans to incorporate a virtual aspect to future ISECs, and discussions about scheduling regular fully virtual ISECs in the future.

The organisers have some statistics on activity... Most attendees were active all five days of the conference, sending multiple messages, with over thirty thousand messages sent in total between participants. Talks were watched live, on replay, or repeated to a total of over 4,000 viewing hours. And over 26,000 emojis were sent. "We really encouraged the use of emojis”, says Prof Warton. “Non-verbal communication is really important, and emojis are as good as this

gets in written form."

Highlights? "I'd say the first plenary talk by Christl Donnelly on COVID-19" says Prof Warton. Professor Donnelly is a senior member of the Imperial College COVID-19 Response Team, who released a series of reports that influenced government policy and public thinking about the pandemic. "We asked her to speak at the conference because of parallels between statistical epidemiology and population modelling. Then the pandemic happened, and it was a real privilege to see her insider's view on it".

"My vote is the round-table discussions" says Dr Popovic. The virtual format lends itself to asynchronous communication, so the discussions continued all week. "People could think more deeply and had fleshed out paper plans and a proposal for a special issue by the end of the week".

What was harder virtually? "We saw networking and socialising as the biggest challenge in the virtual setting", says 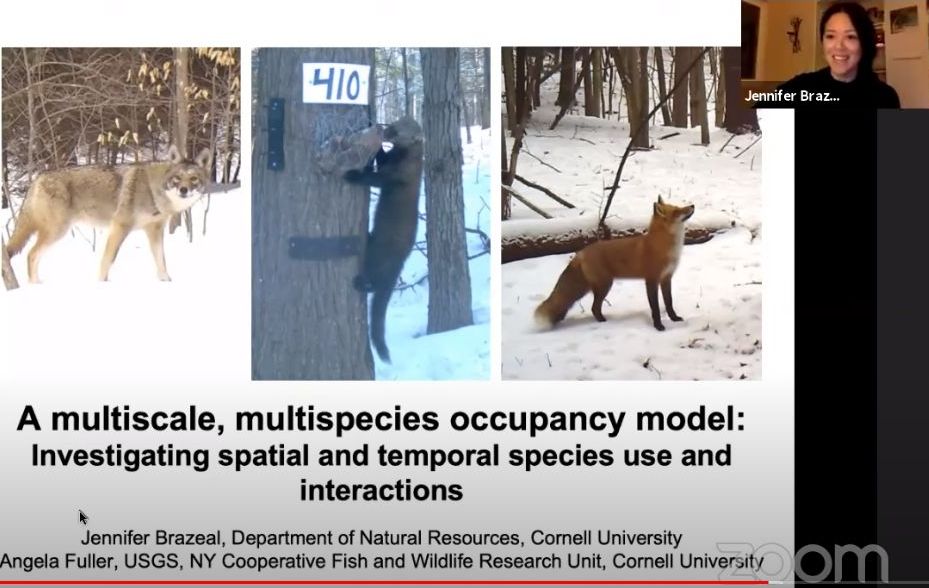 Prof Warton. "We made a lot of plans to facilitate this, like synchronous events, to get everyone in the same place at the same time".

An exit survey suggested 43% of attendees found connecting to others more difficult virtually, but 25% actually found it easier. It can be less intimidating to write to someone you haven't met before, or to post in a discussion thread, than to walk up to them in person. Another challenge in the virtual setting is actually giving the talks - it was a new way of doing things for speakers and chairs. To get everyone up to speed, and anticipate issues, rehearsals were held the week before the conference, which helped things run smoothly.

What was easier virtually? Catching talks - you could watch replays of ones you missed. Some attendees reported getting little sleep all week because they were so busy catching up on what they missed in parallel sessions! It was also easier to catch speakers after their talk - in a physical conference, there are only a few minutes for questions, immediately following the talk. But you could post a question virtually any time, and speakers usually answered all of their questions. Sometimes the Q&A continued for several days. 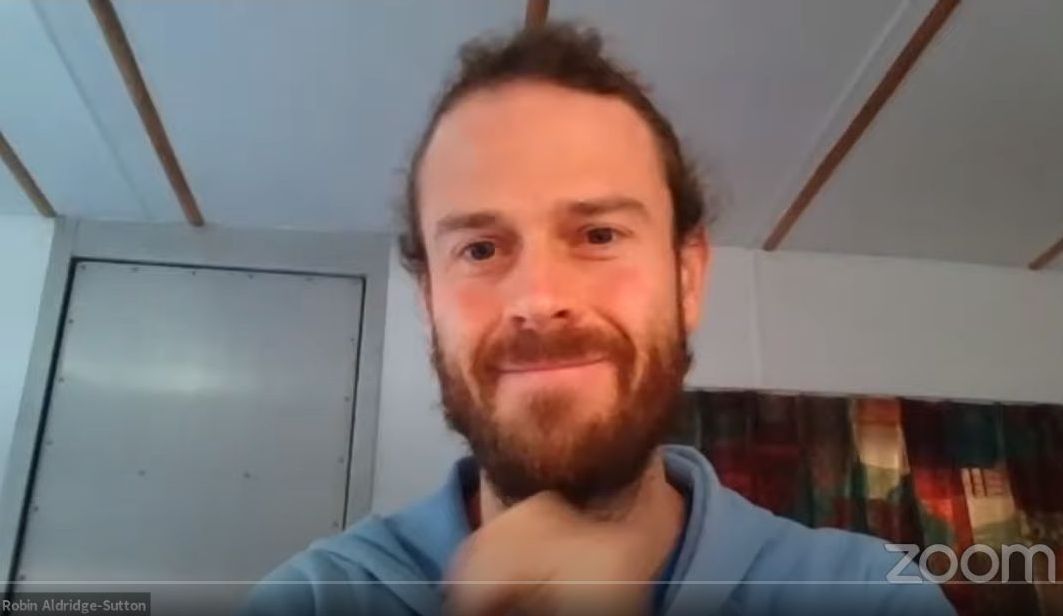 Planning a virtual conference is a huge undertaking - especially if you have never attended one before, as was the case for the organisers. Doing so with only three months' notice is even harder. In the lead up to the conference, a team of 11 "Elves" (from UNSW Sydney and the University of Auckland) worked very long hours, seven days a week, to make it happen.

"There are so many people to thank", says Prof Warton. "Firstly Gordana, but also the 'Elves' for working so hard behind the scenes, and everyone who showed up and gave this a go."

For a full list of credits, watch this blooper reel!